We are pleased to introduce a market report that covers high-end real estate activity in Boston’s top residential neighborhoods. This adds to the geography covered by our other LandVest High-End Market Watches – Norfolk and Middlesex Counties plus Cape Cod. It will be issued periodically.

This report is written by LandVest brokers who cover the Boston market, as they keep their finger on the pulse of local market activity.

Condo – Hooper Mansion PH 6 at 448 Beacon Street sold for $13.25 MM
This residence is located in a boutique luxury building with a concierge for 6 residences. The penthouse spans over 6000 square feet on the top level, with direct elevator access. The home features a private rooftop garden and garage parking for 2 cars. Sold for over $2,000/ square foot.

70 days, roughly even with 2015 and 2014. Boston’s high-end condo market is experiencing a period of quick sales fueled by strong demand. 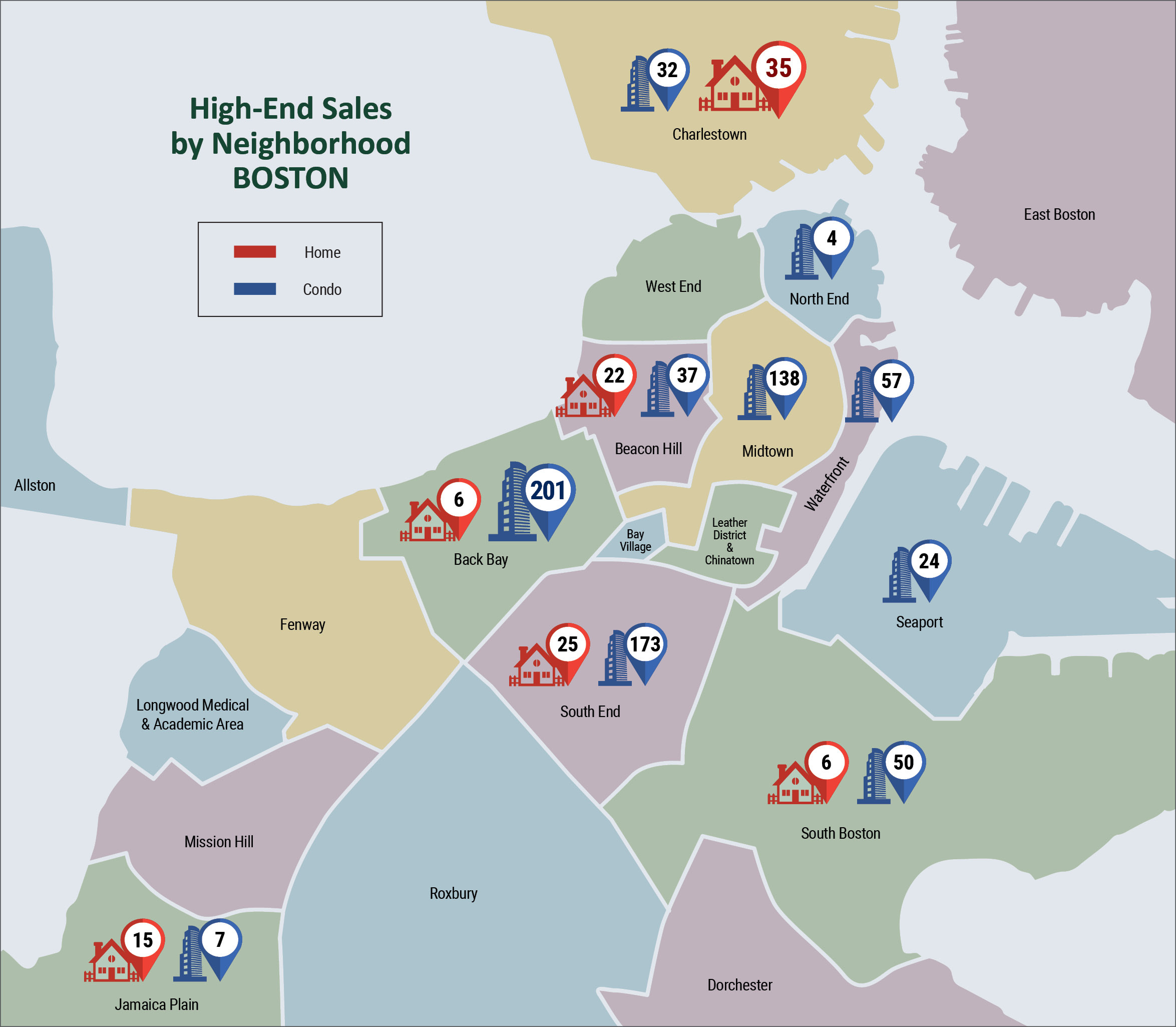 In 2016, Charlestown had the most high-end sales, at 32, followed by the South End at 25. These neighborhoods are drawing more buyer activity, as they are considered more affordable.

In 2016, Midtown comprised nearly 20% of overall sales, due largely to the continued sell-out of Millennium Tower and re-sales at Millennium Place. As reported earlier, Seaport District is emerging, with 24 high-end sales, compared to no high end sales from 2009 -2013. South Boston jumped to 50 high-end sales, up from 17 in 2015.

LandVest is looking forward to a strong and productive 2017, and is already working on a number of exciting new projects.

For more information on our great properties, go to www.landvest.com, or if we can be of assistance, please contact: