Have you ever wondered what it would be like to live in one of LandVest’s properties? 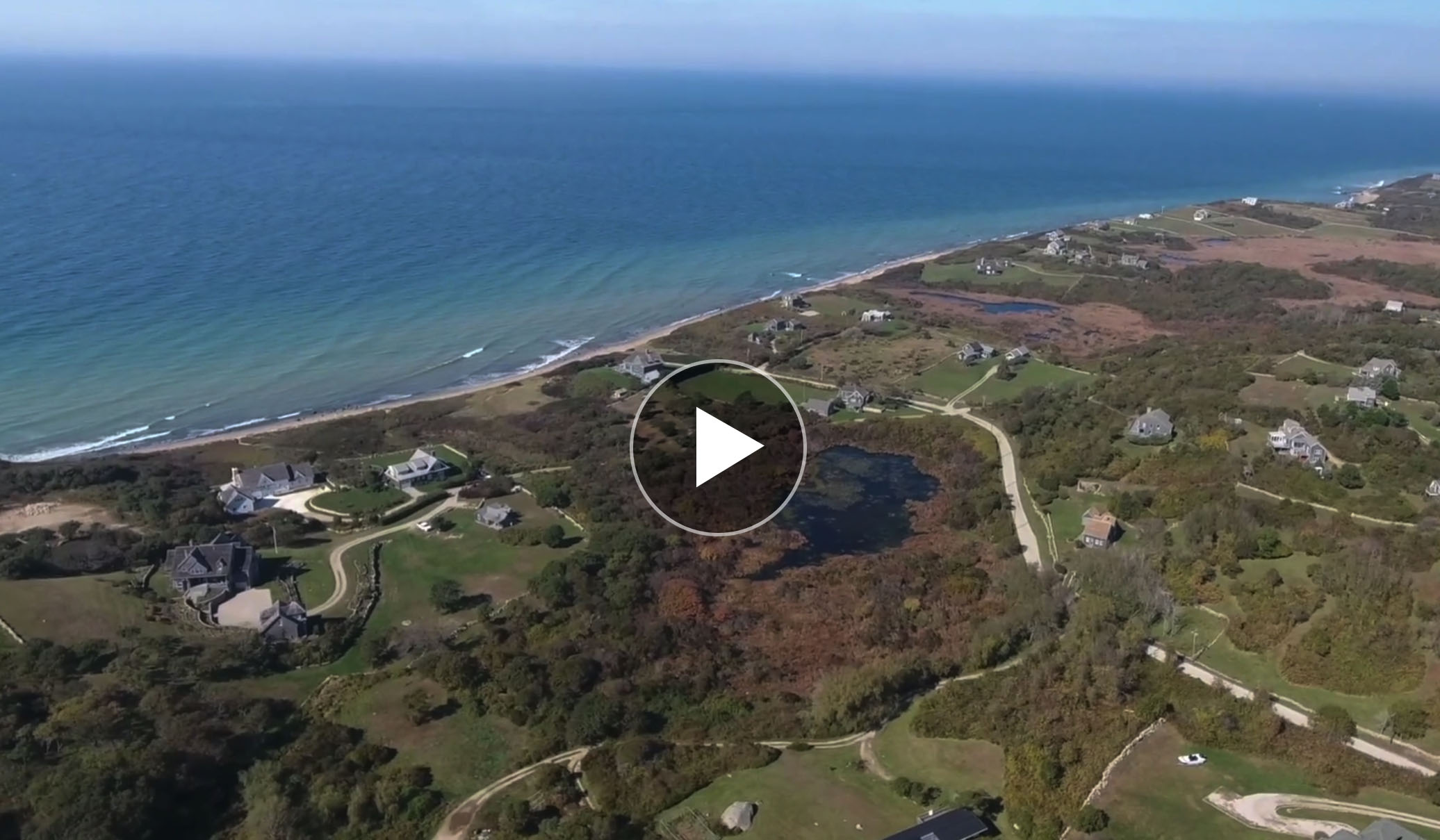 We came to Block Island for a July weekend in 1968, and in a sense, we never left. We returned for long weekends. Then for two-week vacations. And in 1975, after seven years looking at the few houses that were for sale at the time, we bought the Farmhouse. 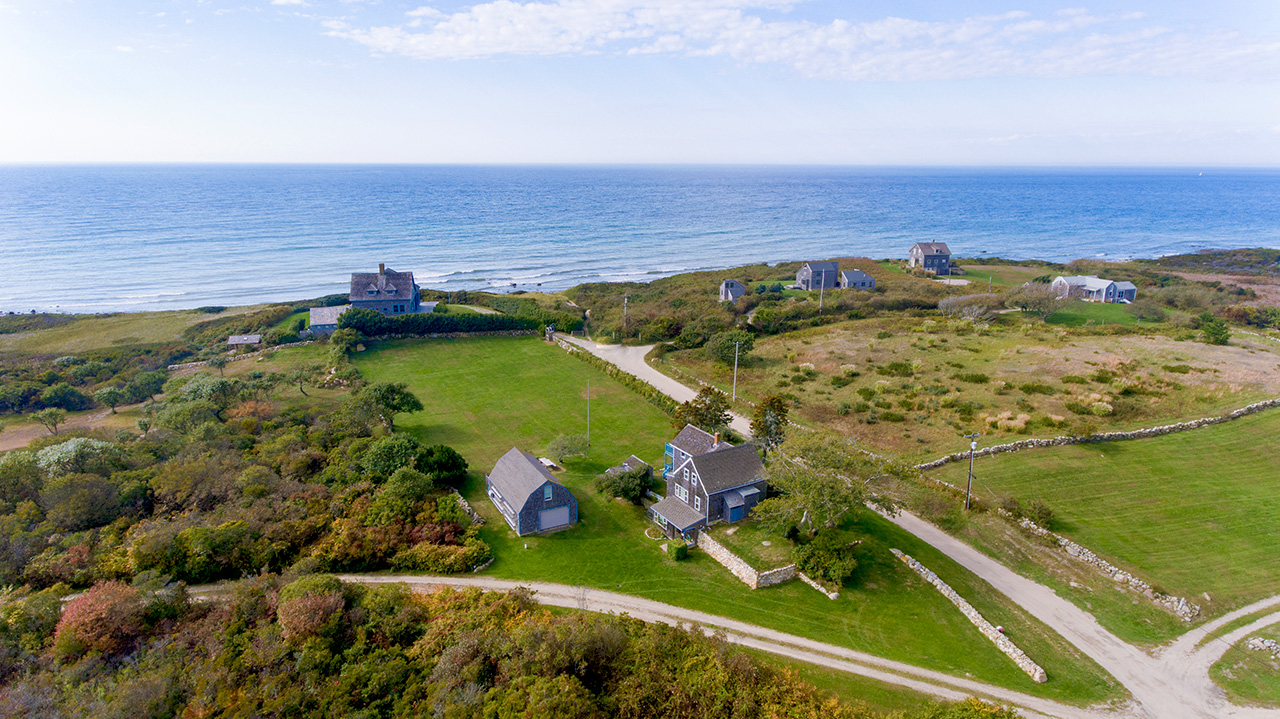 It quickly became my “escape hatch” from the pressures of the fast lane on Madison Avenue, and an outlet for my wife Peggy’s garden obsession. Almost every Friday, from April into December, I would catch the 2:05 out of Grand Central, and four hours later I’d be fishing at Southwest Point, or sitting on the deck with Peggy, enjoying an adult beverage, or heading down to Finn’s with the kids for a wonderful lobster dinner. 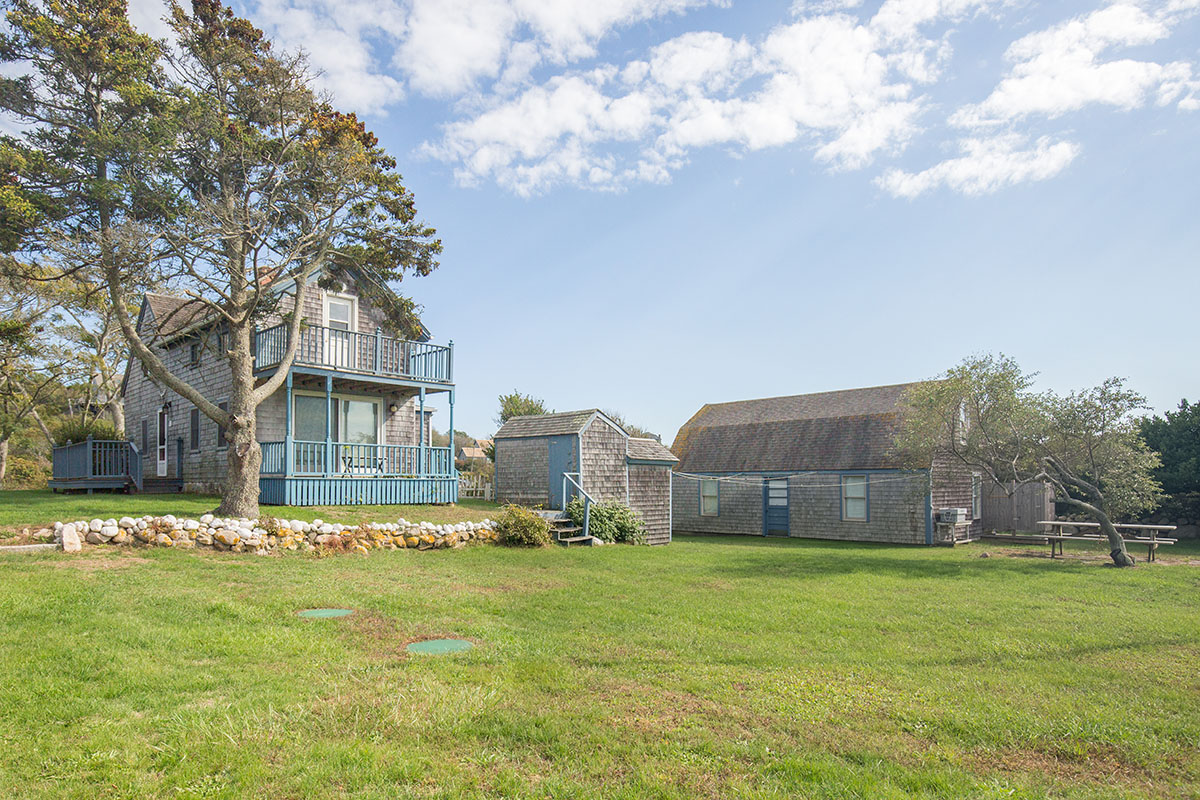 In 1985 we bought the land that would eventually become “home” to us. Four beautiful acres to the south of the Farmhouse, that climbed a hill and crested at an old stone wall. The week after we closed, we asked a local contractor to clear the perimeter, and also clear a path from the field at the bottom of the hillside, up to the stonewall. As Peggy and I walked the path early the next Saturday morning, we told each other, “Don’t turn around until we get to the top.” 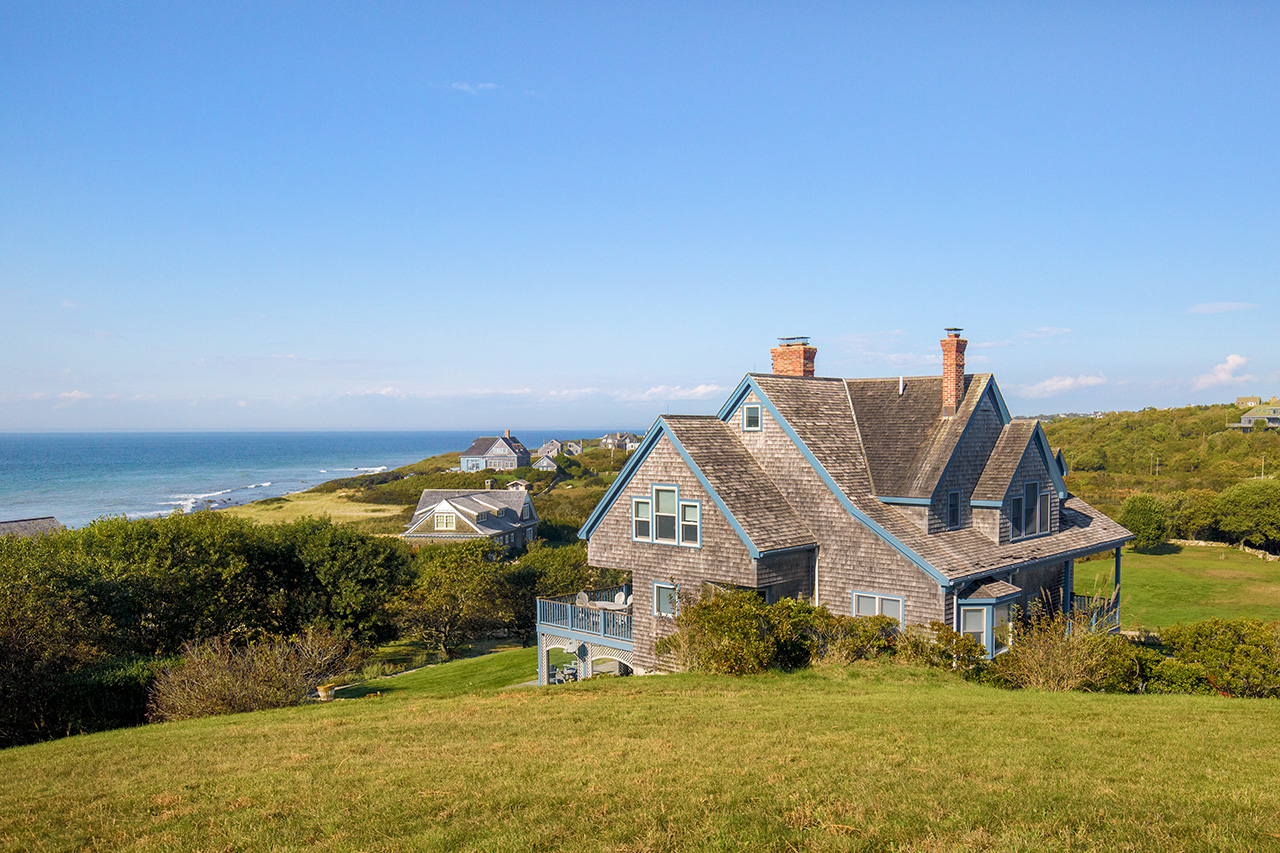 When we reached the wall, we slowly turned and Oh! My goodness, what a view! The beach and the gentle ocean surf ran away to the north. Far to the west was the mainland (out here on Block Island the mainland is known as “America!”) “How’s that for a view, Peggy? Sailboats and all!” 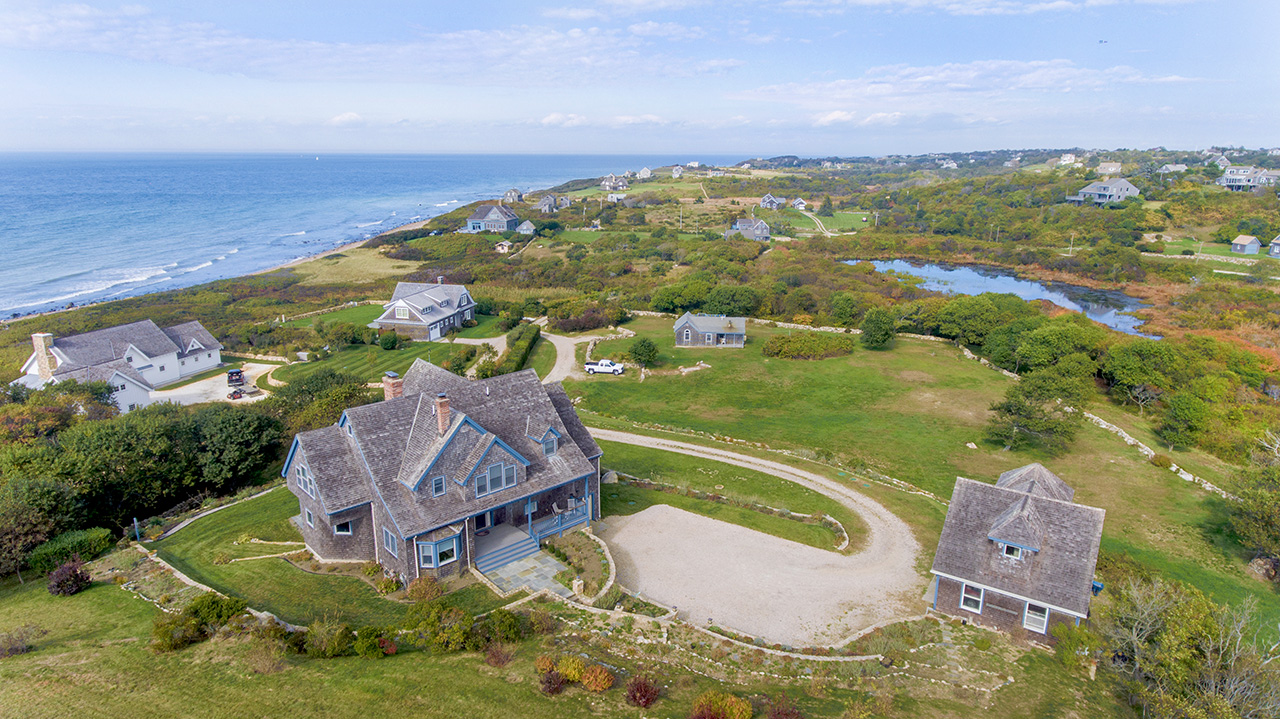 We owned the land for more than ten years before we started to plan, design and build what we refer to as Peggy’s Dreamhouse. We had lived in New Canaan, Conn., since 1967, and our two New Canaan homes taught us exactly what we wanted to do if we ever had an opportunity to work with an architect and design the Dreamhouse.

Folks ask why we didn’t site it at the top of the hill. One winter on Block Island and you’d understand why. But we think it worked out great, tucked into the hillside. I have my studio, Peggy her kitchens and her sewing room. The three decks look out on either the ocean or the pond, and they all look out on Peggy’s fabulous gardens. Whoever moves here is in for a treat. A continual floral surprise that begins with the endless daffodils down at the Farmhouse come March, to the continual explosion of flowers in the many gardens contained within the stone retaining walls. Our last bouquet is cut the first week in December. 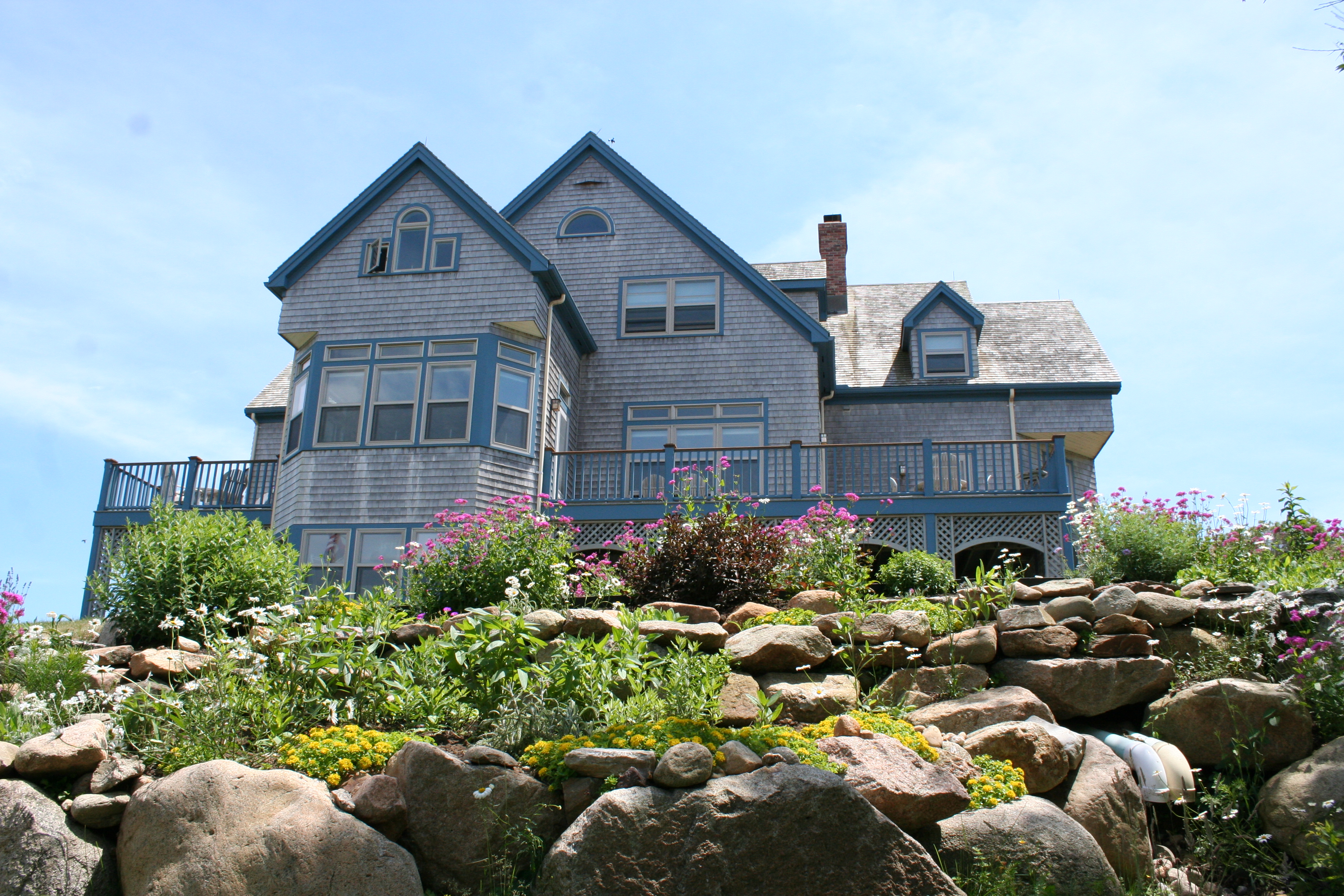 I live in my studio. Peggy in her gardens. But our favorite room would have to be the library. All our old books, all our old friends, are there. And, by design, it was built into the hillside so that when those winter winds blow, we hardly know it. 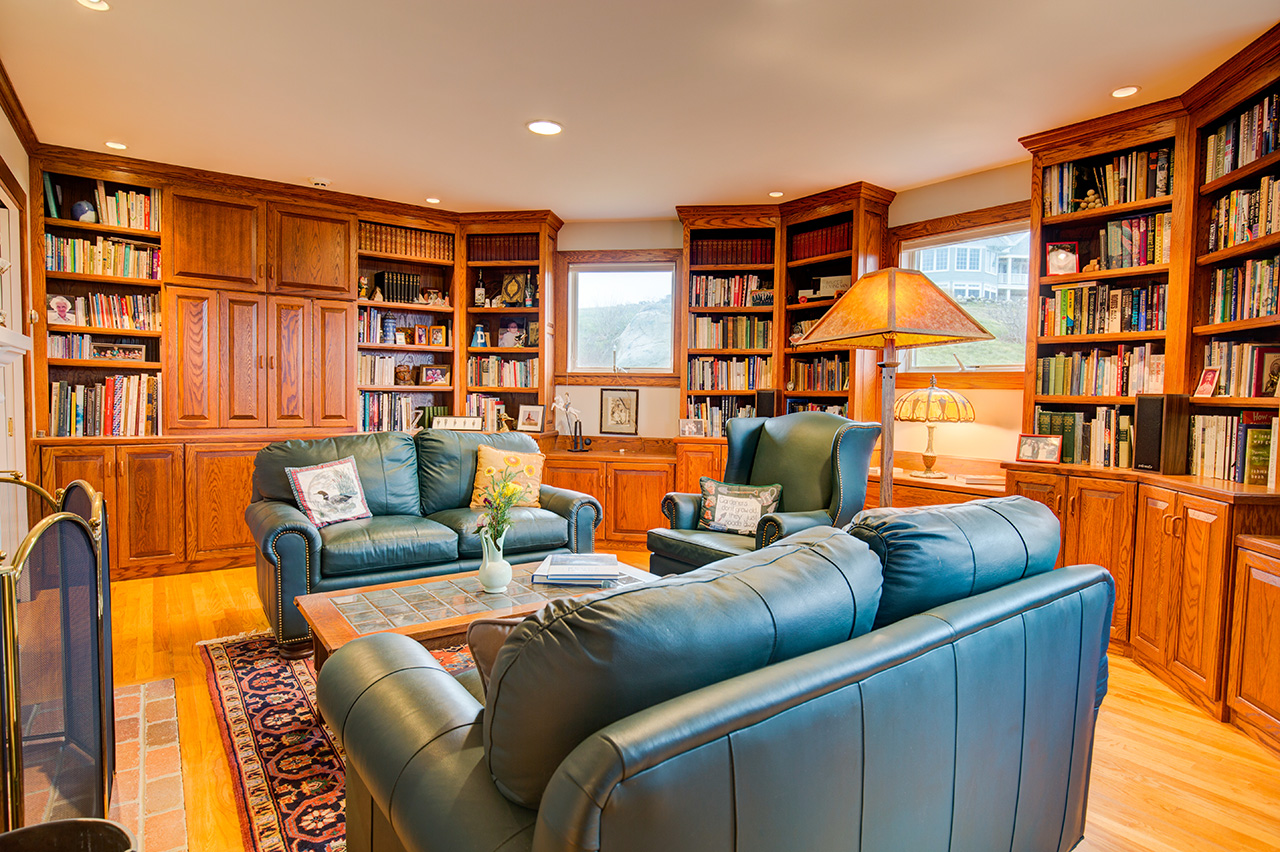 If you love it so much, why leave?

We are not leaving, we are only moving… to a smaller place with a studio over the garage, and lots of space for Peggy’s new gardens. 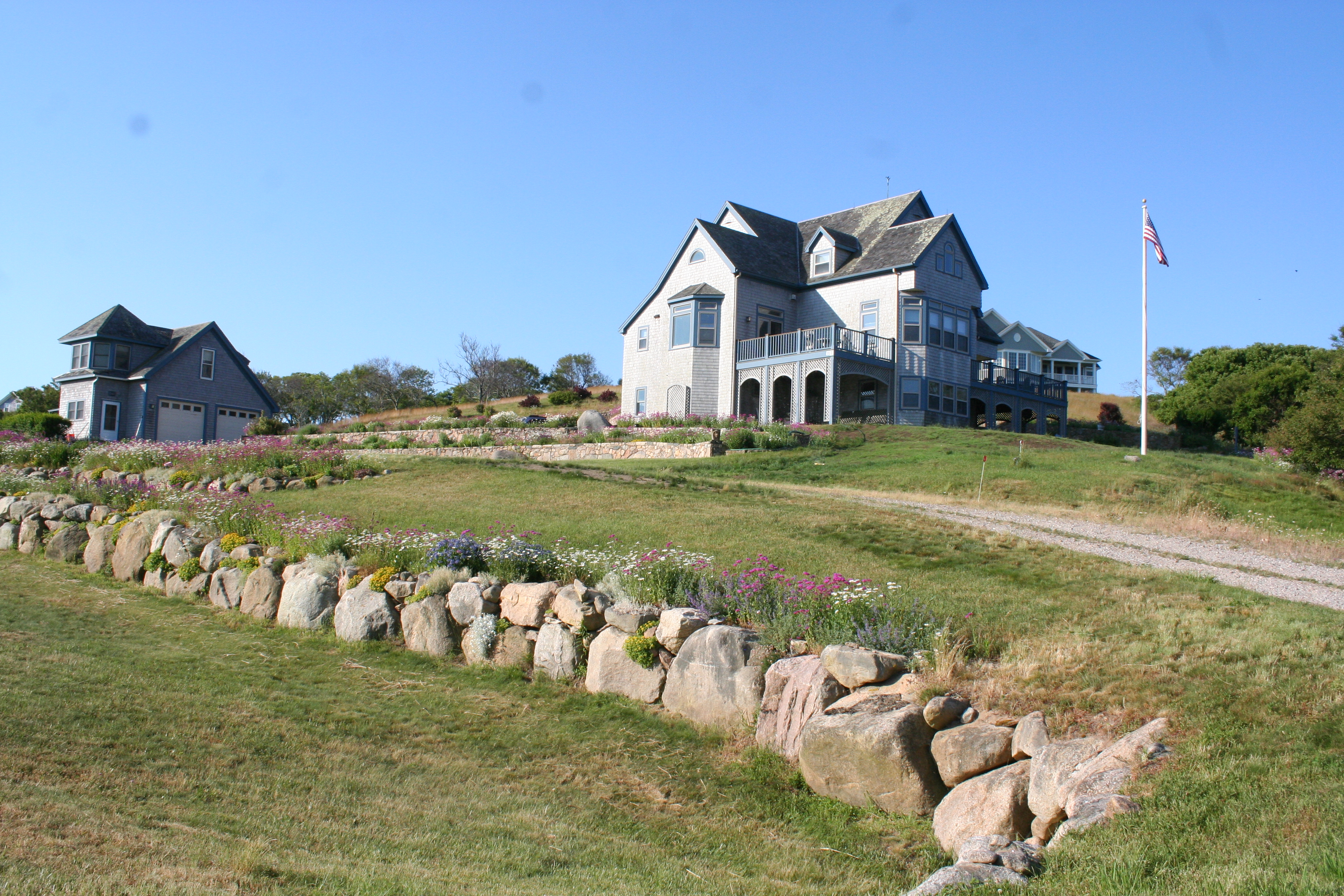 For more information on Sundown Compound, click here.
To learn more about luxury real estate in Rhode Island, or to see more of our listings, contact Terry Boyle or Slater Anderson.