An Islesboro Summer Cottage: the Beginnings

The original owners of the Dark Harbor House, an Islesboro summer cottage,  were George and Ellen Philler, from Philadelphia. Mr. Philler was the President of First National Bank of Philadelphia.  He became acquainted with the property through friends who had an interest in the Islesboro Land and Improvement Company.

Mr. and Mrs. Philler contracted noted architect Fred Savage to both design and build their Islesboro cottage. The construction took less than a year and cost the princely sum of $15,000! Mr. and Mrs. Philler summered there until Mr. Philler passed away in 1917. 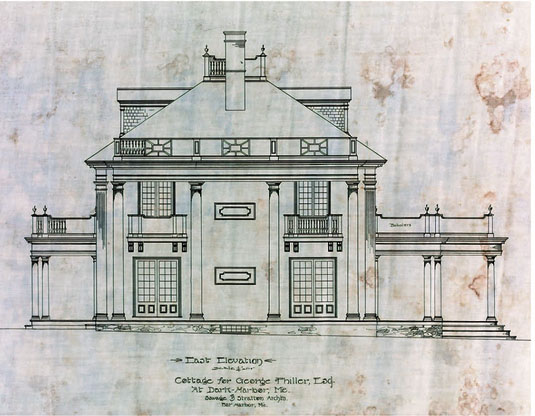 From Summer Cottage to Successful Inn

Without her husband to enjoy it, Mrs. Philler eventually sold the property to the Islesboro Inn, a large hotel northeast of the property. The Inn used the Dark Harbor House as an annex and rental location. After World War II, the Inn began a steady decline. Mr. and Mrs. Ashley Chanler bought it in 1956 and saved it from demolition.

Mr. Chanler, related to the Astors of Titanic fame, had many interesting friends who visited the house. One such guest was Buckminster Fuller, the noted architect, systems theorist, author, designer, and inventor.  Mr. Fuller was a frequent guest of the Chanlers, always sleeping in the second-floor bedroom at the top of the stairs. By 1978, the house was once again purchased.  The new owners enlarged it and began operating as a B & B. Through several subsequent owners it was further expanded, as the Dark Harbor House Inn. Over its many years as an Inn, it hosted people from throughout the world and was the site of many island weddings. To this day, island residents will regale you with stories of dinners, receptions and other gatherings that occurred at this much-loved island home. 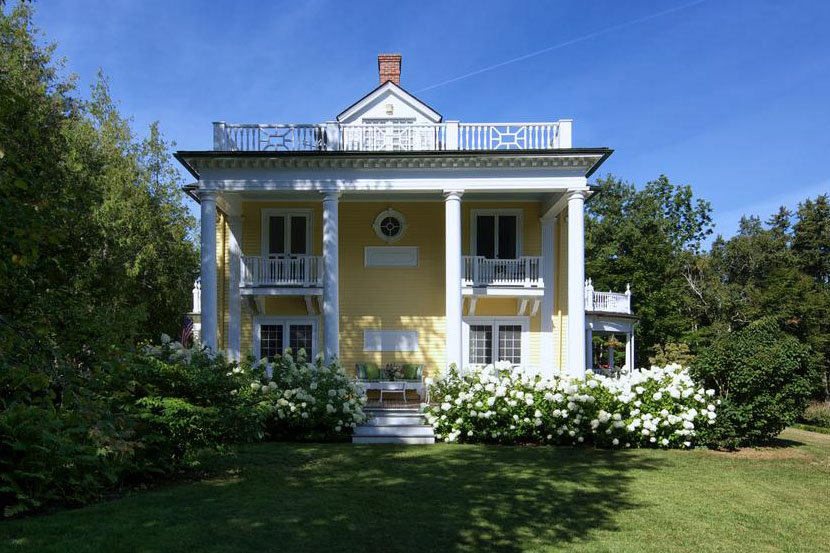 In 2010 Jerry Ames and Chris Dickman, the Inn’s last owners, had to give up the Inn due to Jerry’s failing health. At that time, the current owners bought the house, returning it to its splendor as a classic Maine Cottage.

For more information on this Isleboro property for sale, check out the Dark Harbor House on our website, read our previous blogs about Dark Harbor’s timeless appeal or contact Terry Sortwell or Joseph Sortwell in our Camden office for other waterfront homes in coastal Maine.