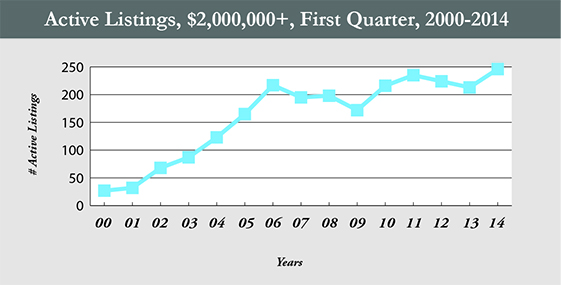 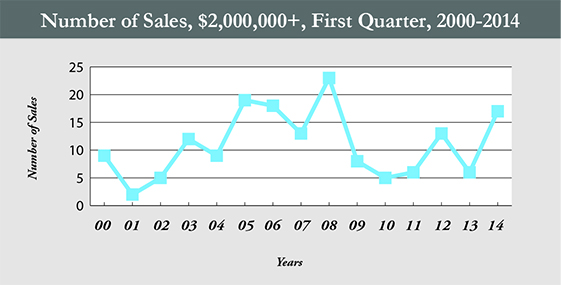 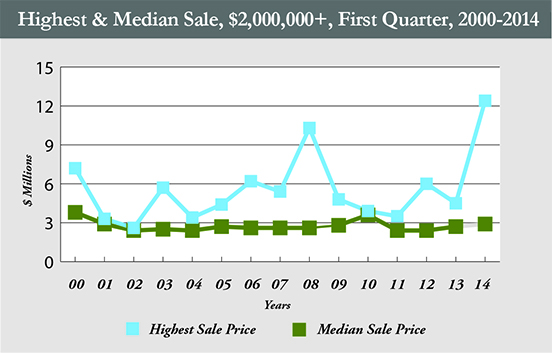 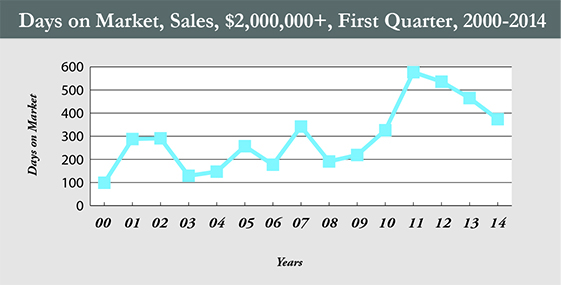 Starting around 2002 the high-end market on Cape Cod broadened as the perennial top markets were perceived as being too expensive and as buyers bid up the prices of special properties in other towns. While the volume of sales in the first quarter 2014 is small, the geographic spread is broad with sales in Barnstable (4), (3 in Osterville and 1 in Barnstable Village), Bourne (2), Chatham (4), Eastham (1), Falmouth (2), Mashpee (2), Orleans (1), and Provincetown (1). 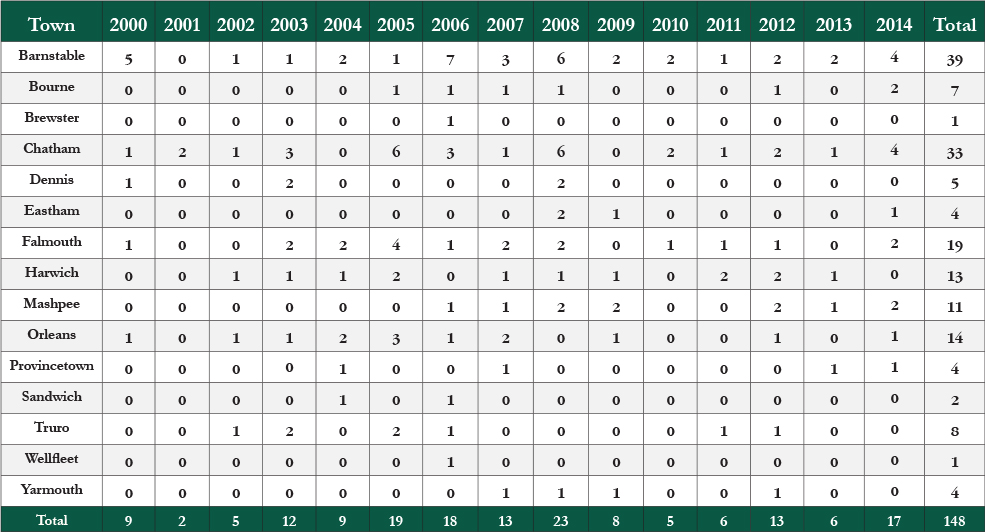