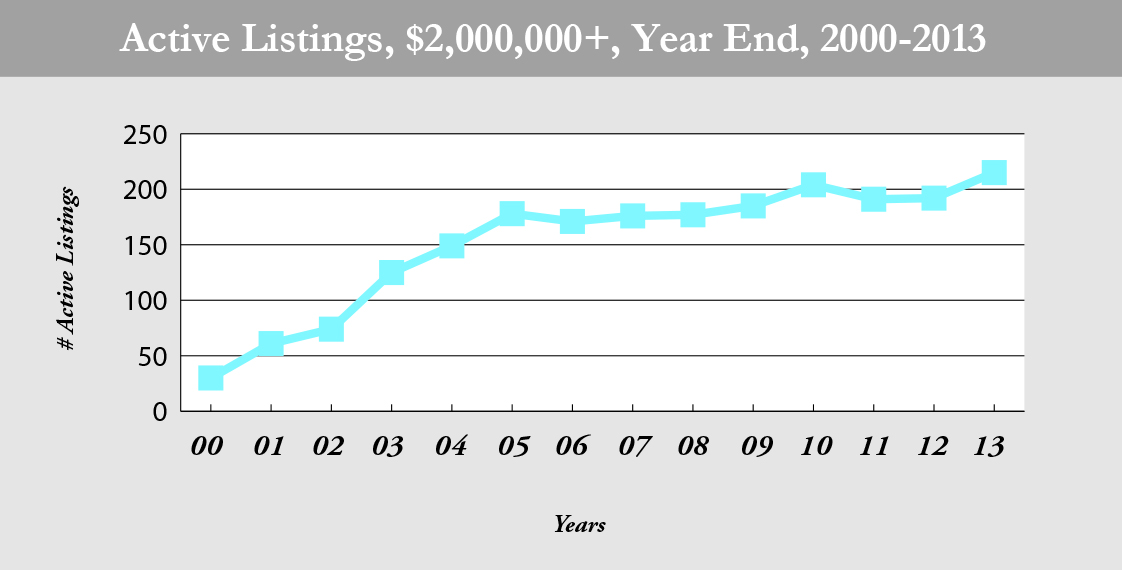 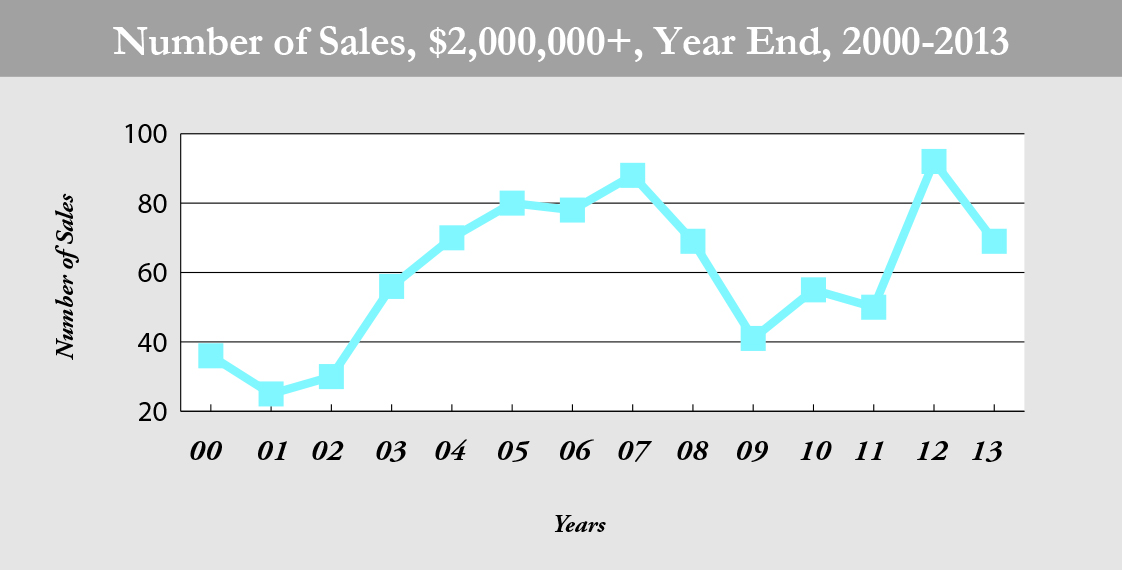 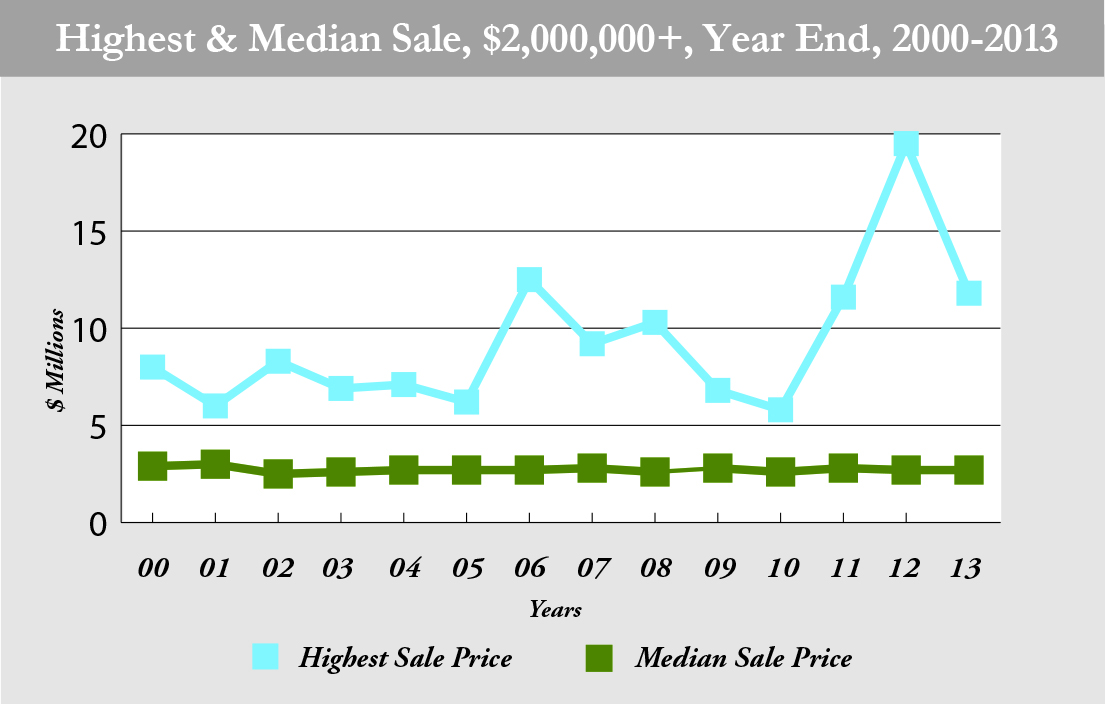 According to MLS, LandVest had the top sale of $11.75 million for Fairview, a spectacular seven acre multiple residence compound on Little Harbor in Woods Hole. 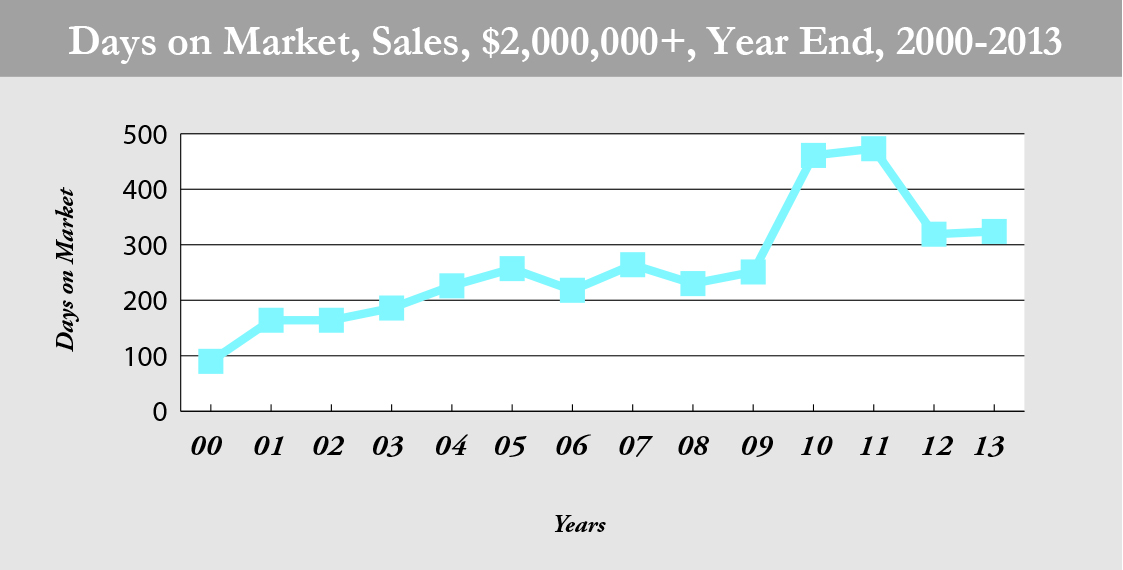 Days on market for high-end properties sold during 2013 increased to 324 days compared to 319 in 2012 and a record level of 473 days in 2011. For 2000-2013, the average days on market ranged from 90 to 473 days, generally increasing over time with a significant jump in 2010 consistent with the growing inventory. Properties in turnkey condition with rational pricing are favored and can sell quickly, while others languish resulting in days on market for individual properties ranging from a few weeks to years. 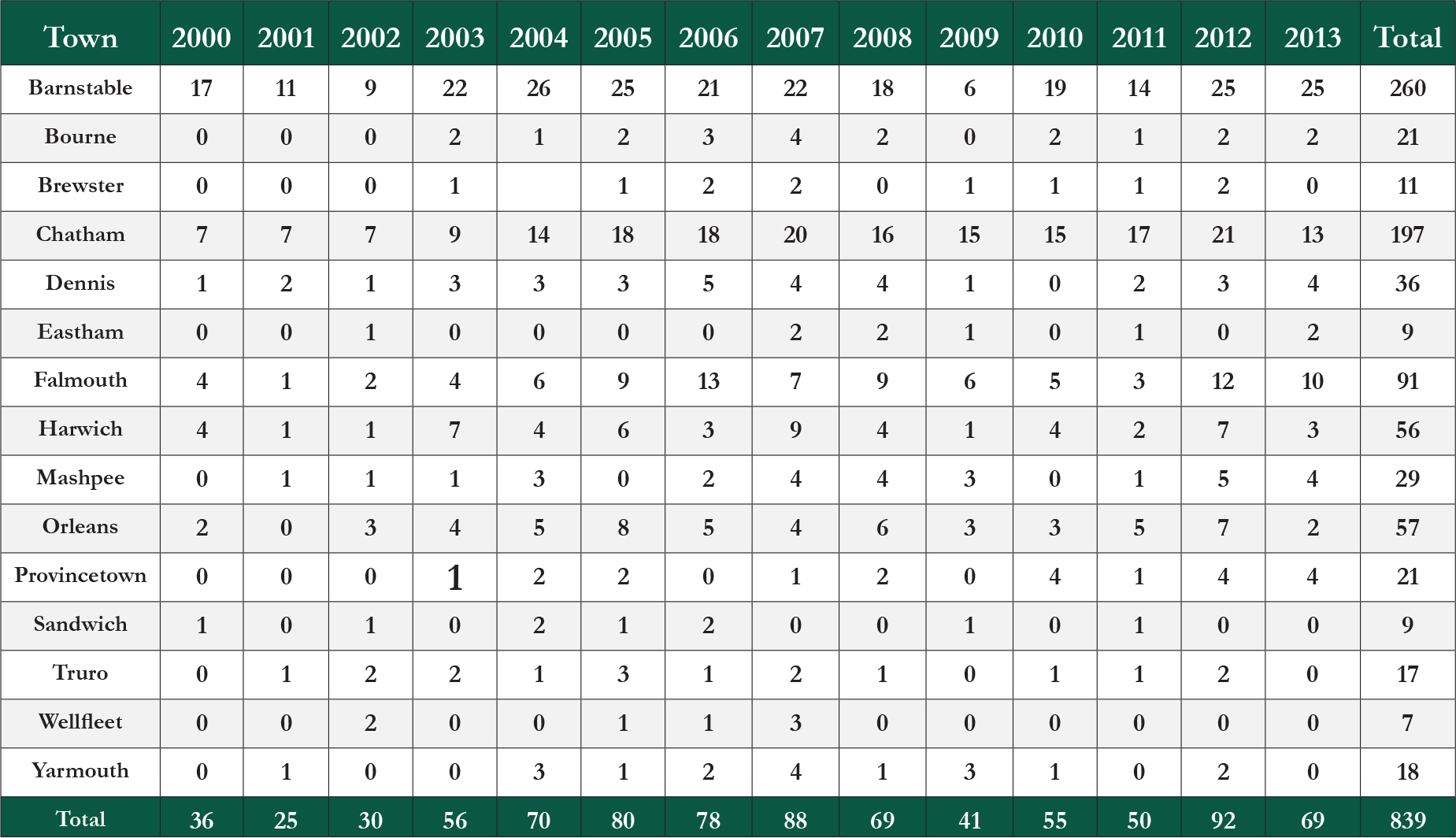