Year end 2012 set a record for high-end sales in Middlesex County and 2013 is proceeding at new record levels, driven by significant price adjustments and pent-up demand. After three quarters in 2013, there have been 114 sales compared to 92 at the same time in 2012 and 127 for the year 2012. The recent bottom in terms of number of sales was 45 in 2009. On average since 2000 there have been 77 sales at the end of the third quarter. 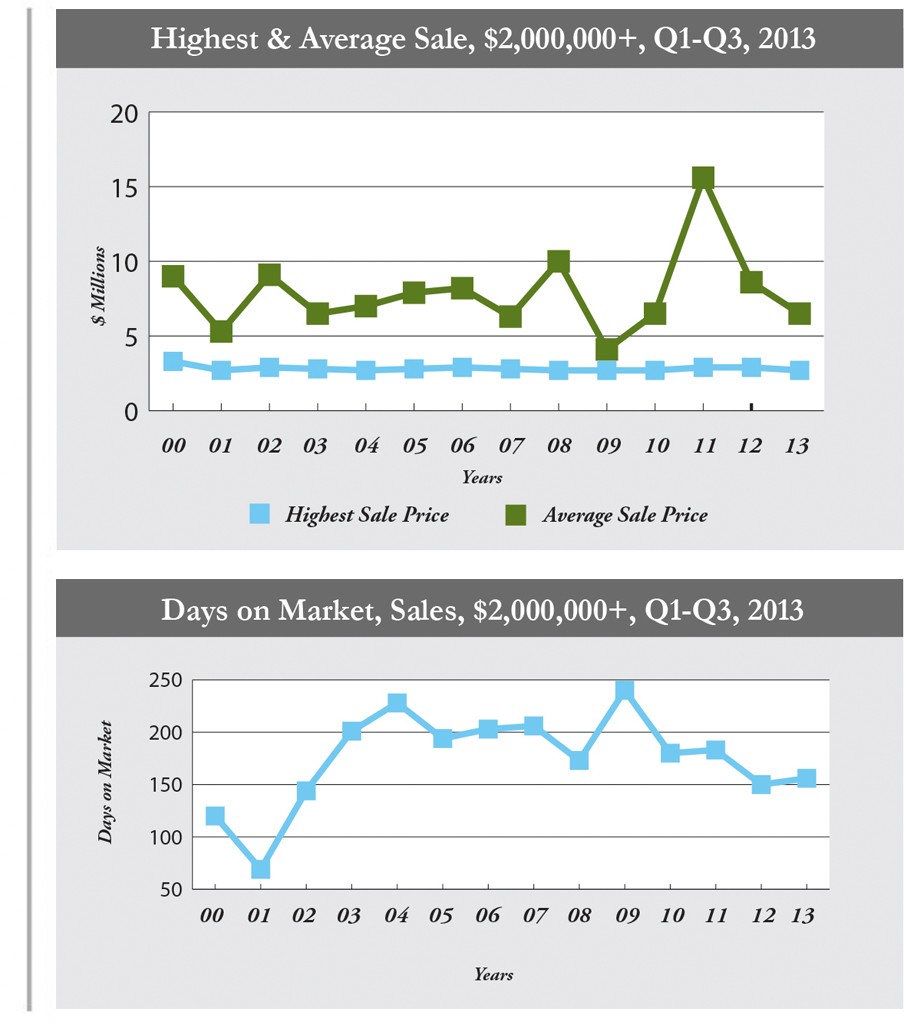