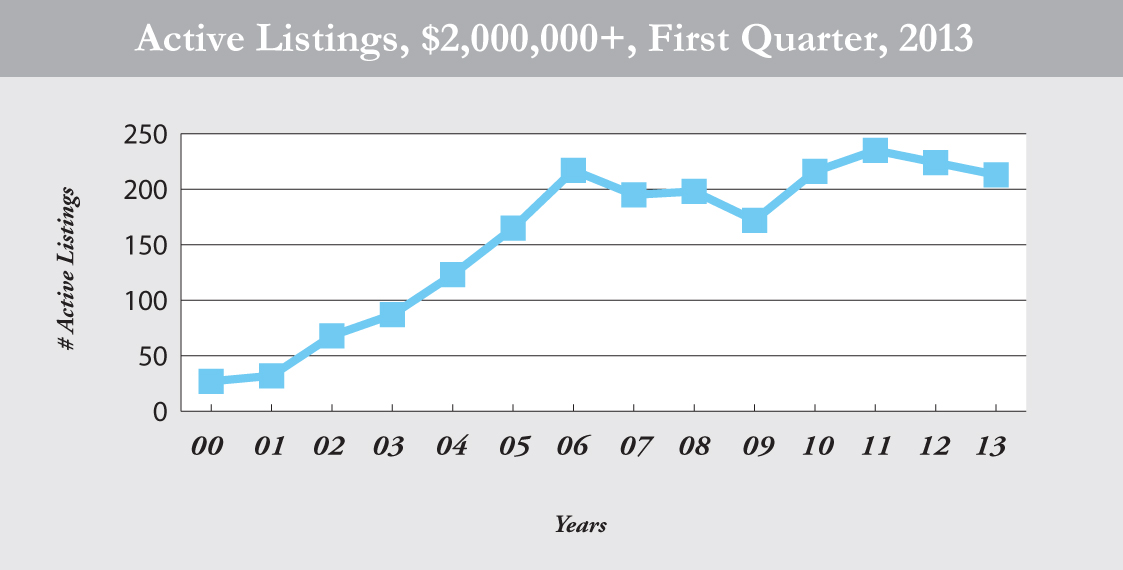 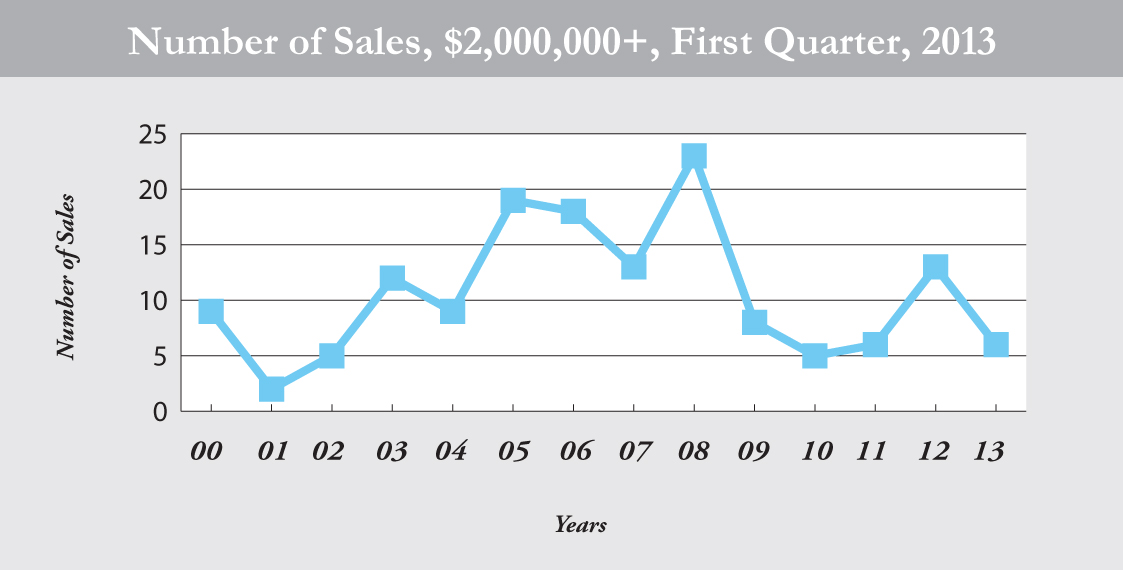 High-end sales boomed to record levels in 2012. At year-end there were 92 sales compared to 50 at year end 2011. The first quarter of 2013 is starting slowly with 6 sales compared to 3-4 times as many in the period 2005-2008. Last year there were 13 sales in the first quarter. Sales volumes for the beginning of the second quarter are strong and we are hopeful that the spring and summer will see significant improvement. 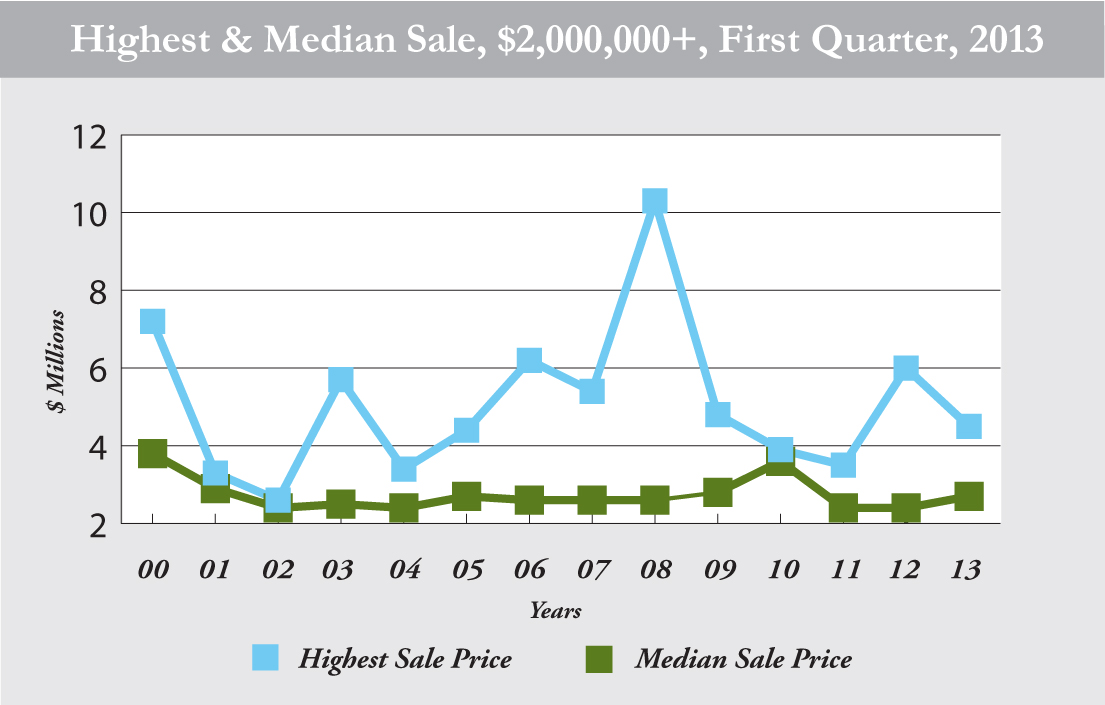 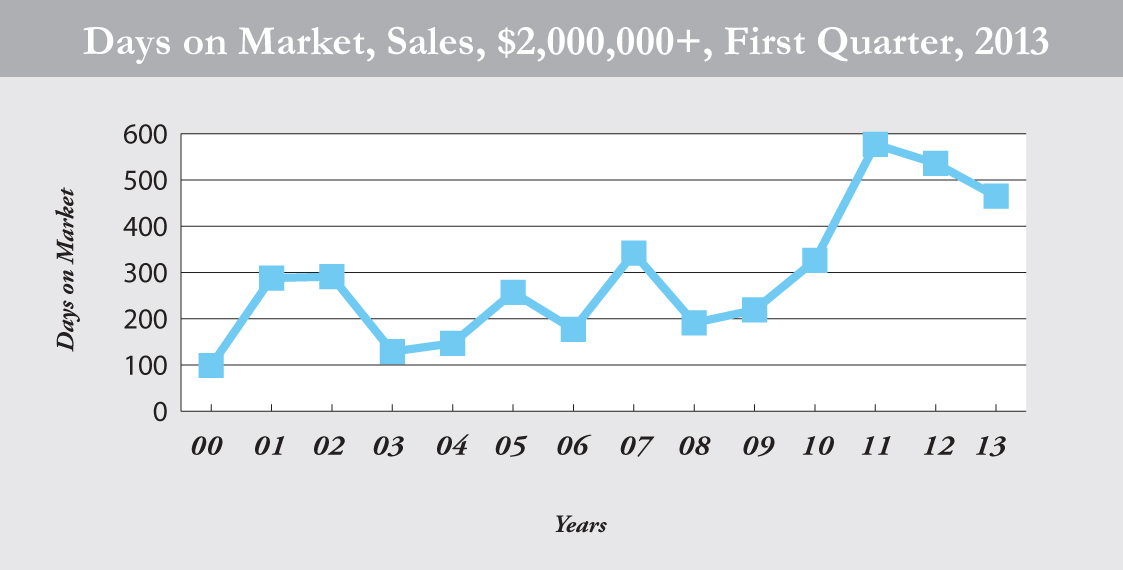 Starting around 2002 the high-end market on Cape Cod broadened as the perennial top markets were perceived as being too expensive and as buyers bid up the prices of special properties in other towns. While the volume of sales in the first quarter 2013 is small, the geographic spread is broad with sales in Barnstable (2, 1 in Osterville and 1 in Cotuit), Chatham (1), Harwich (1), Mashpee (1), and Provincetown (1).