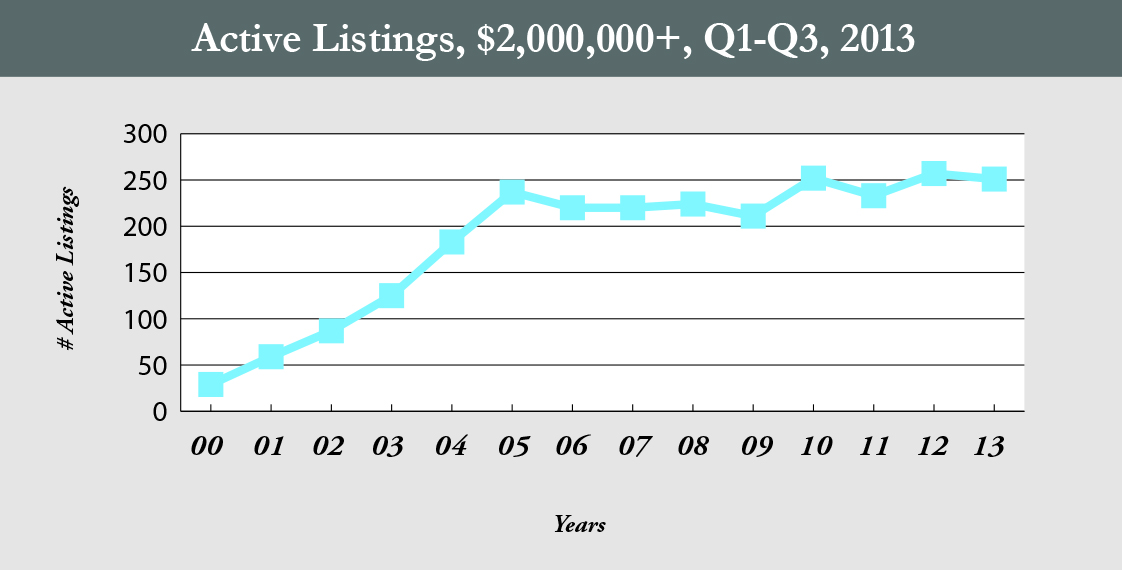 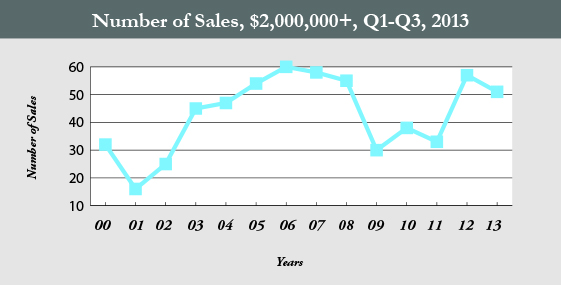 Typically the listing inventory grows through the first three quarters and then declines in the fourth quarter as sales are closed and properties are taken off the market. This year there were 213 listings at the end of the first quarter, and 192 at the end of 2012. 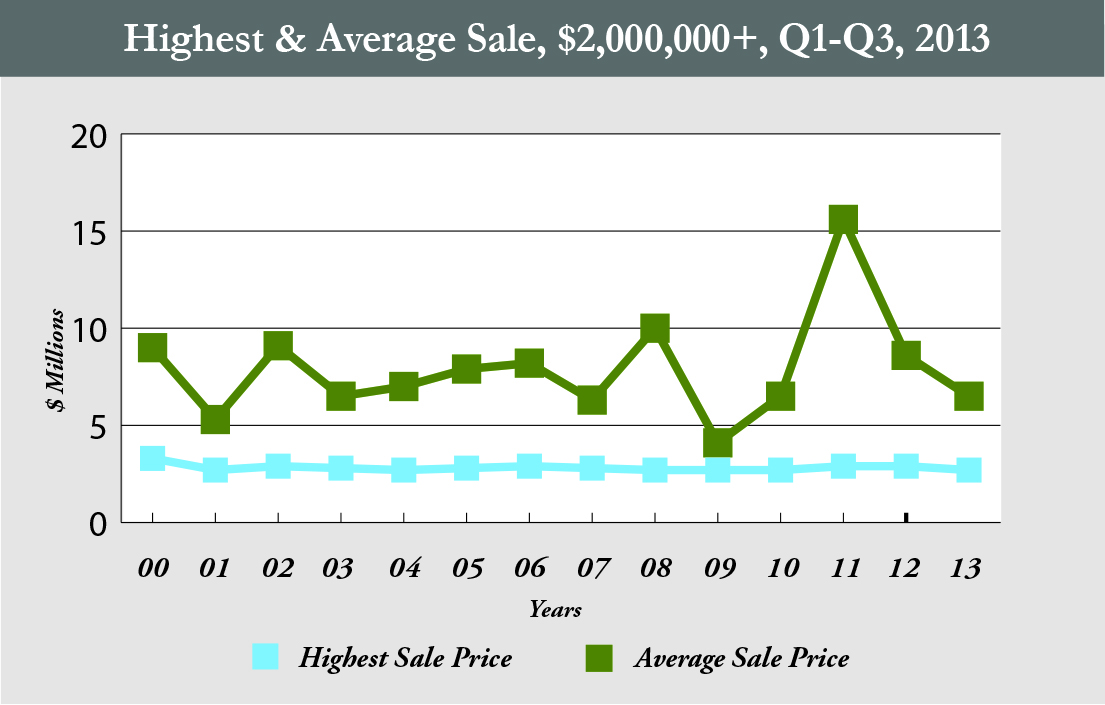 According to the Cape and Islands MLS, the top sale on Cape Cod through the third quarter was LandVest’s sale of 42 Church Street in Woods Hole, listed at $14,000,000. The property consisted of 7 acres recently subdivided into 3 waterfront lots. There were two recently renovated 3 bedroom houses as well as two cottages and a boathouse, pier, and beach. The three next highest sales were all in Osterville at prices ranging from $7,650,000 to $9,000,000.
The median value for high-end sales in the first half of 2013 was $2.7 million, about on par with median sale prices over the past decade. The high-end market on Cape Cod is predominately in the $2-$3 million range. Of the 51 sales in the first three quarters, 30 were in the $2 million range, 12 were in the $3 million range, and 9 were in the $4 million plus range. 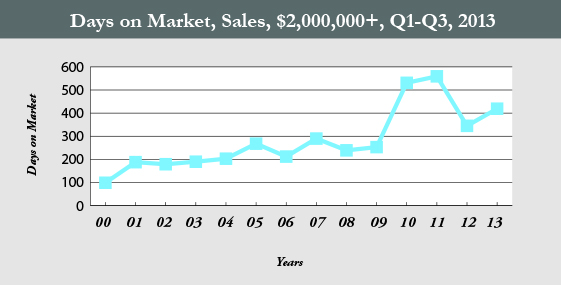 Days on market for high-end properties sold during the first three quarters of 2013 increased to 419 days compared to 345 days in 2012 and 533 days in 2011. Since 2009 days on market have been considerably longer than in previous years. 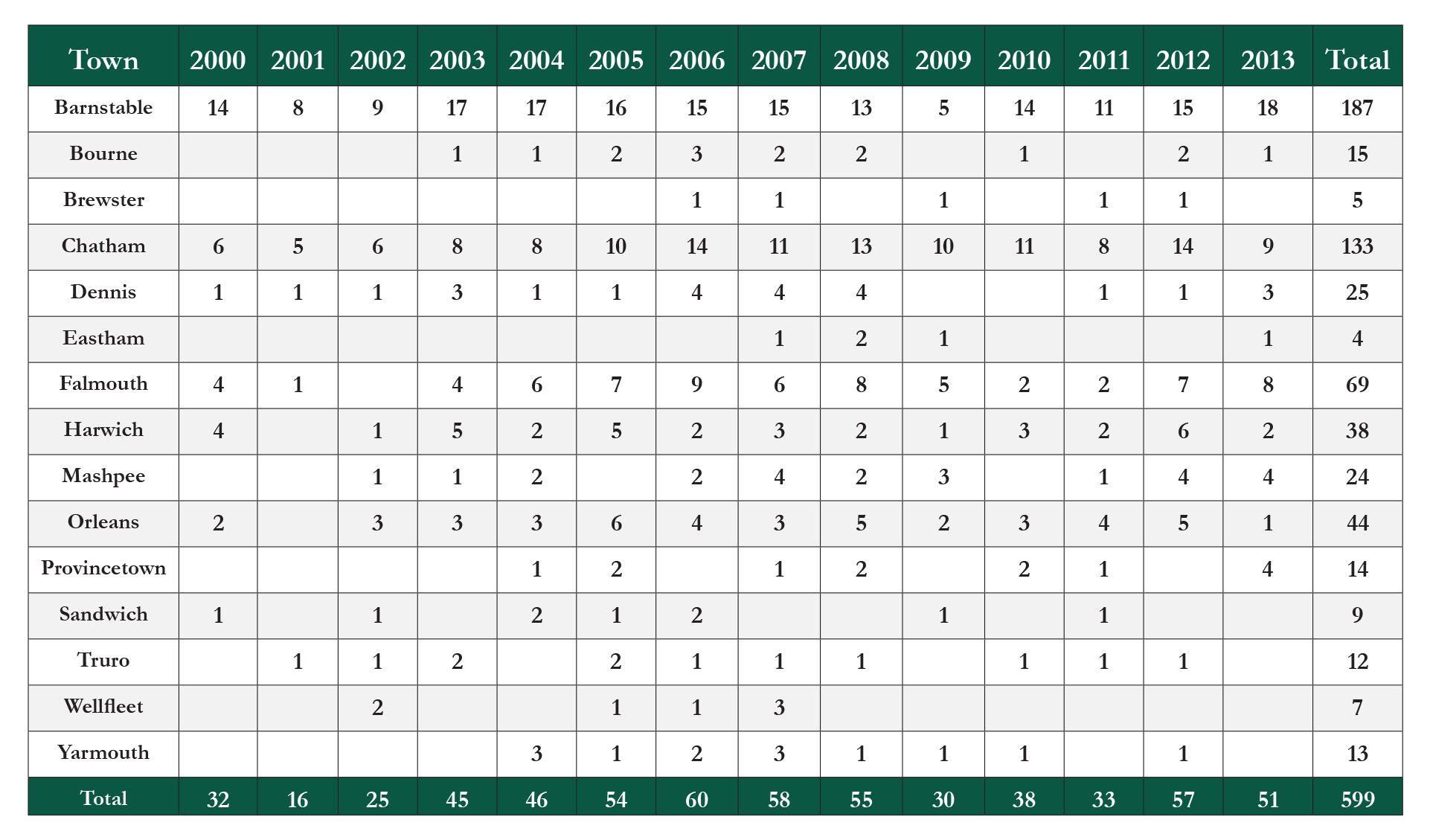 Starting around 2002 the high-end market on Cape Cod broadened as the perennial top markets were perceived as being too expensive and as buyers bid up the prices of special properties in other towns. In the first three quarters of 2013, the geographic spread remains broad with sales in Barnstable (18, 8 in Osterville), Bourne (1), Chatham (9), Dennis (3), Eastham (1), Falmouth (8), Harwich (2), Mashpee (4), Orleans (1), and Provincetown (4).