The greatest benefit of owning an antique home is typically found in the sense of history combined with timeless craftsmanship and period architectural design, especially when found in a setting unaltered by the march of time. Such is the case with the Jonathan Woodbridge House, one of the finest examples in New England of a Georgian Palladian style house located in Worthington, Massachusetts. The Woodbridge House, constructed in 1806, has been carefully restored and is now available for sale. 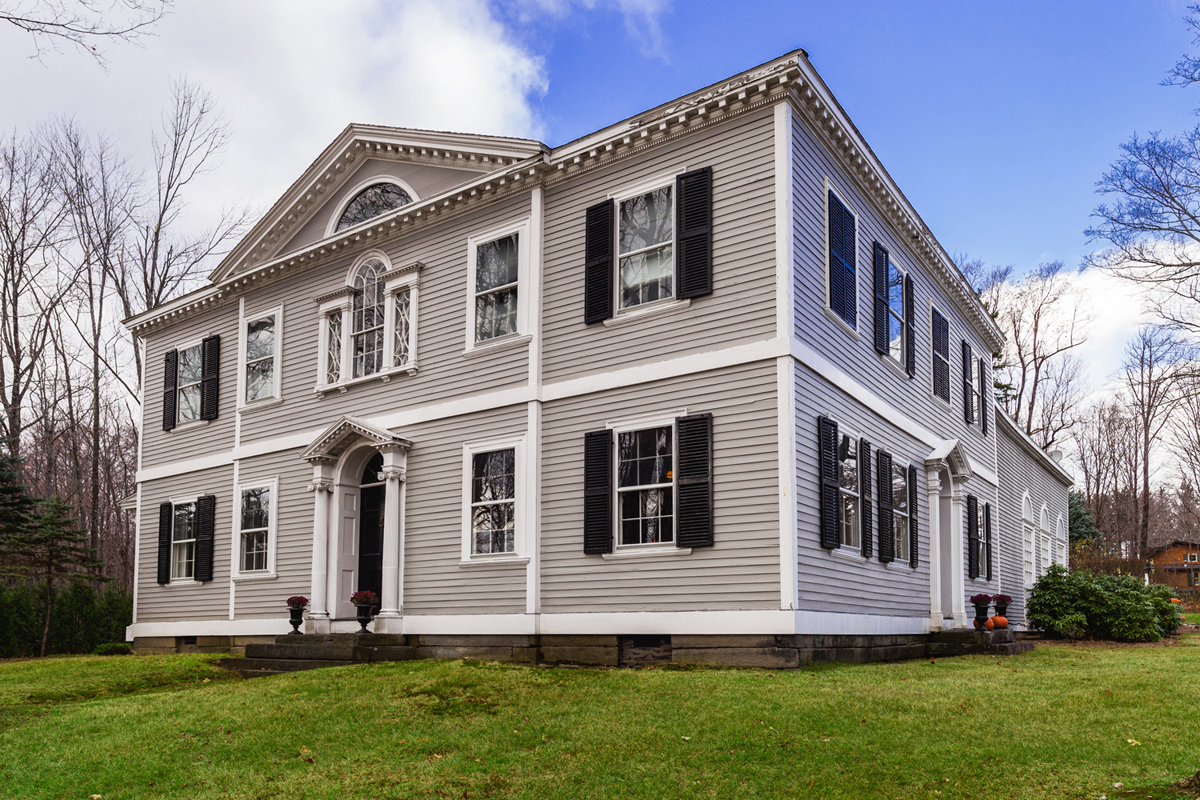 This architecturally and historically significant property is located in the “Highlands” of western Hampshire County on the eastern flank of the Berkshires. Worthington is recognized as one of the most desirable of the hilltowns, a classic New England village surrounded by forests and rolling farmland. The 2.3 acre property sits at the ”Corners”, not far from the library, town museum, and old fashioned general store. 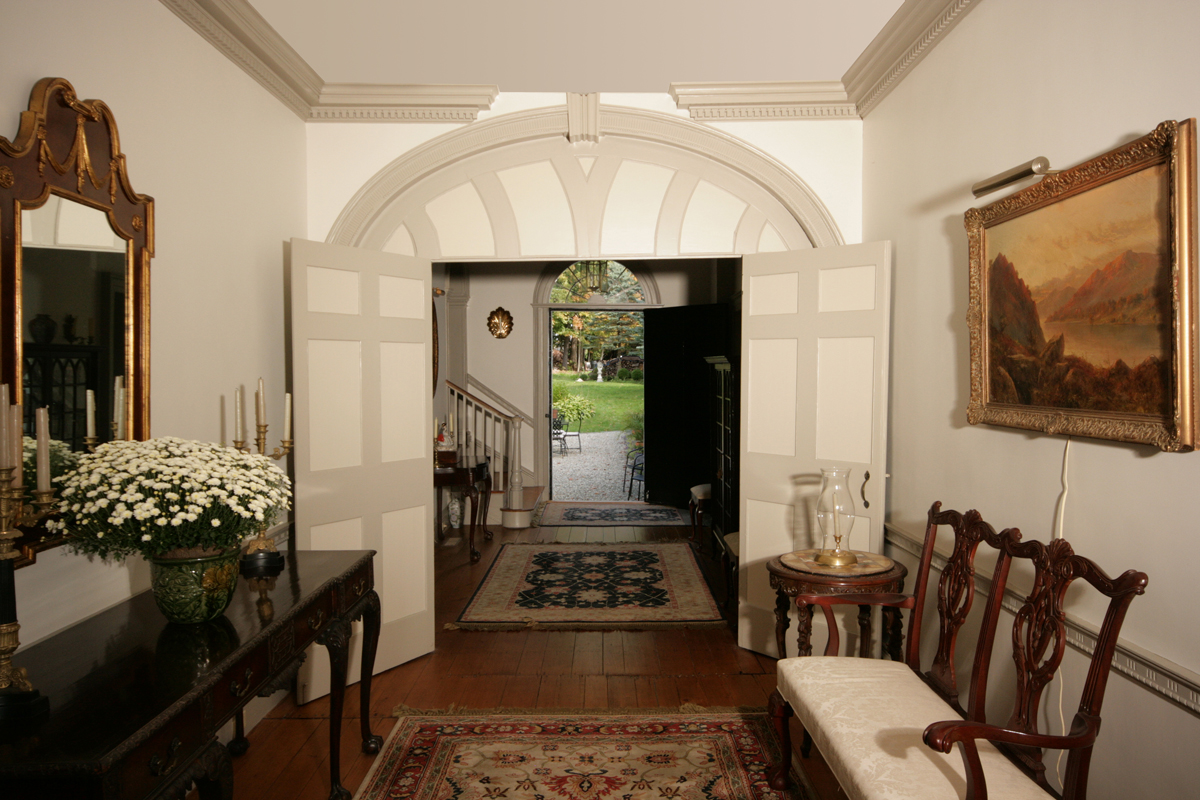 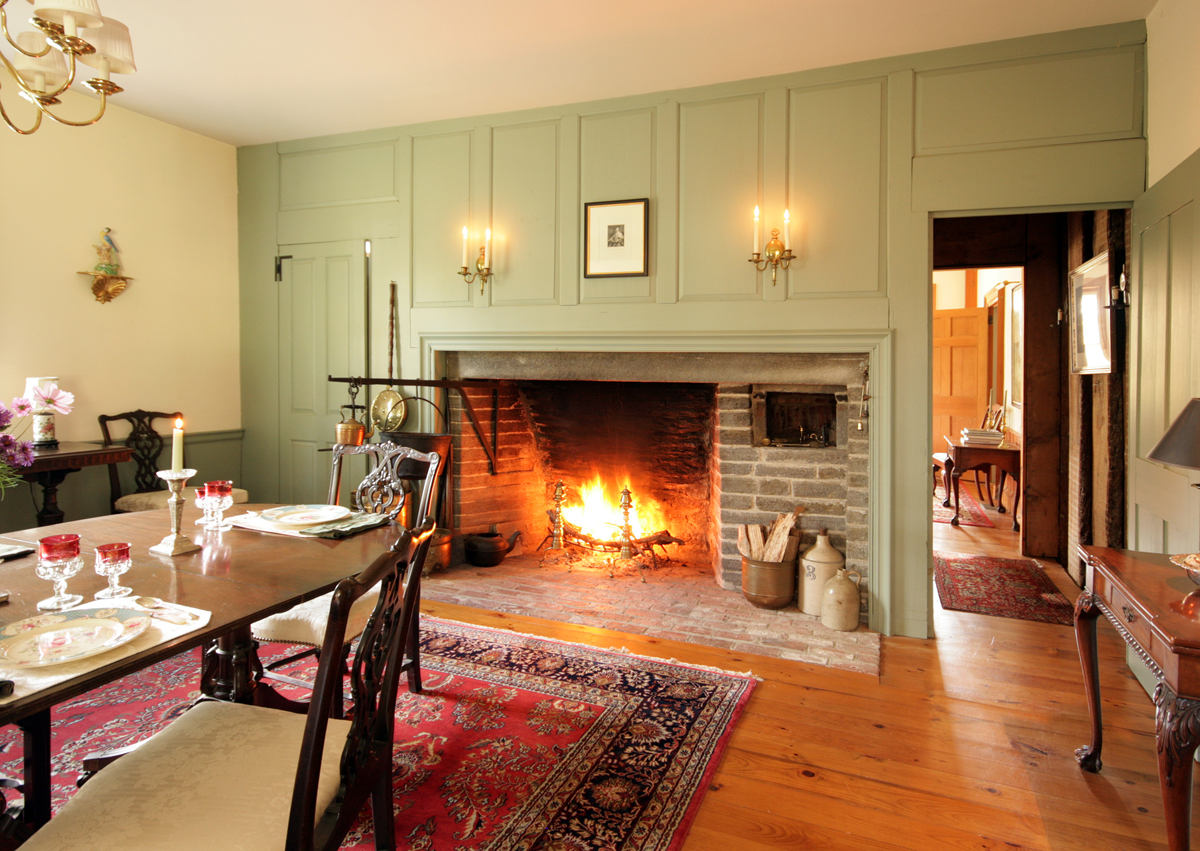 The Woodbridge House exhibits the classic hallmarks of Georgian design: geometric proportions, rigid symmetry and magnificent Palladian details. The eleven commodious rooms and two massive hallways retain exemplary details and moldings. The six principal rooms boast magnificent fireplaces executed in marble, cut stone or brick. All fireplace surrounds are original. The nine-foot wide keeping room fireplace is composed of cut stone and contains a recessed beehive oven surrounded by feather edge paneling. The two formal parlors have interior shutters that fold or recess into the walls. The second level contains four bed chambers, two with fireplaces, and a 28-foot long hall/gallery lit by the Palladian window. An ell addition to the rear of the main house is original. It now contains the kitchen and sun room with skylights, woodstove, and French doors leading to a terrace and gardens. The house has been meticulously restored.

The Woodbridge House has also been known as the “Lawyer’s House.”  Jonathan Woodbridge, Esquire, was clearly a driving force in the early development of the Town and was a notable lawyer.  Through the nineteenth century the house was owned by Samuel Howe, Daniel Parish, Elisha Mack and Chauncey B. Rising…all lawyers and judges.  While the property was home to many famous lawyers and scholars, it’s most famous resident was William Cullen Bryant. He lived in the Woodbridge House, reading law under Judge Howe, from 1811 till 1814.  Bryant is “recognized as having been the first American poet of international standing and the influential editor of the New York Evening Post during the formative years of the nation”.  Bryant’s most famous poem, “Thanatopsis”, is believed to have been written, in part, at the Woodbridge House in the interval 1811-1813. Bryant’s verse celebrated the joys of country life and the beauties of nature. Following a distinguished career in New York City, where he was instrumental in establishing Central Park, the Metropolitan Museum of Art, the Century Association, and as patron to the artists of the Hudson River School of painters, Bryant retired to Cummington for summers until his death in 1878. Check out the Homestead, his summer residence which is now owned by the Trustees of Reservations and is located in neighboring Cummington. 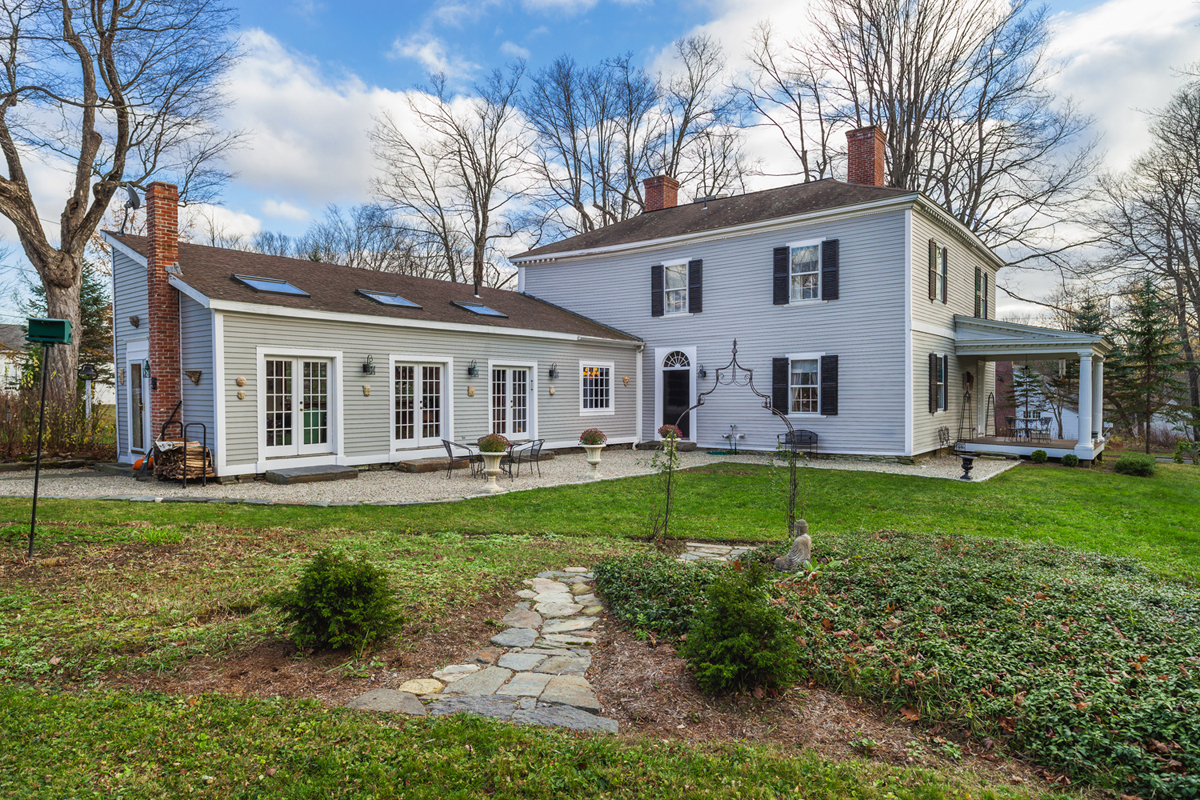 If you have any questions about this property please contact
Keith Ross at kross@landvest.com.