In Middlesex County, Massachusetts, in the fourth quarter of 2012 the inventory of high-end listings grew slightly to 97 from 87 at the end of 2011. This compares favorably to the record level of 133 listings at the end of 2005.

The first quarter of 2012 was disappointing with sales 35% behind 2011. However, the remaining three quarters were incredibly active with the fourth quarter booking a 150% increase in sales over the past year. Towns with high-end sales in 2012 were Belmont, Cambridge, Carlisle, Concord, Lexington, Lincoln, Newton, Sherborn, Wayland, Weston, and Winchester. 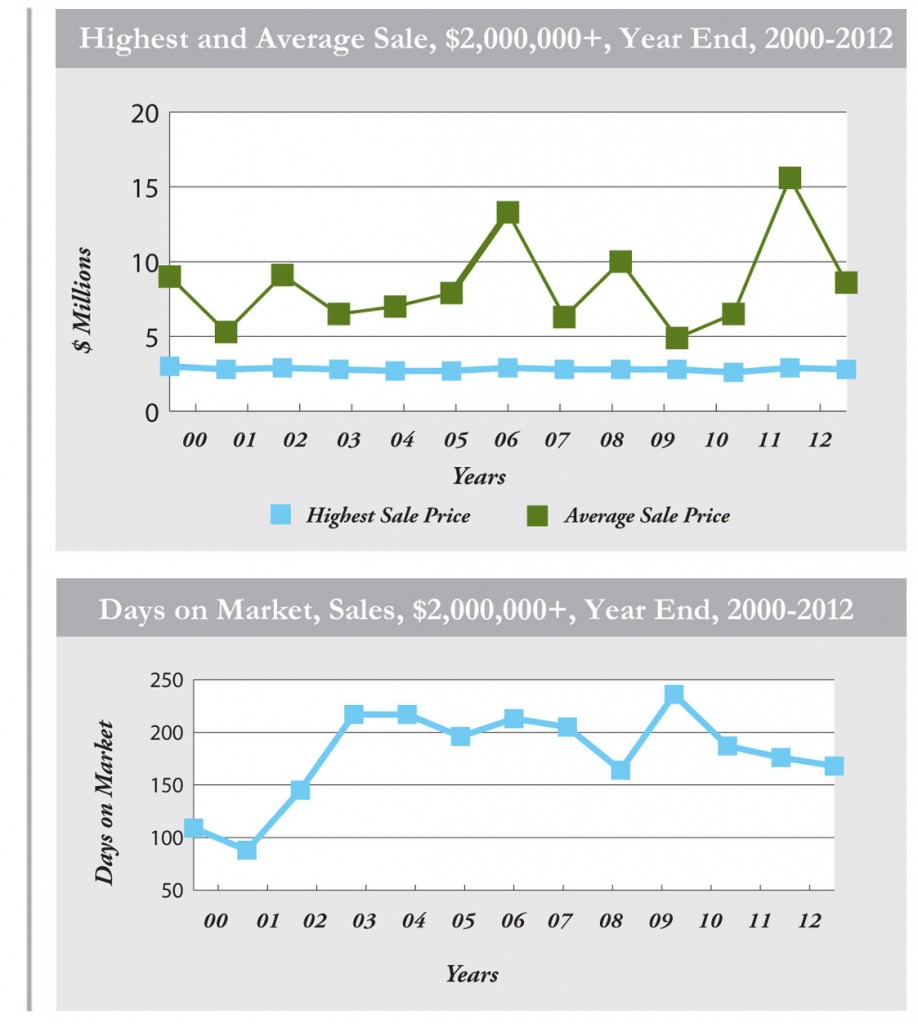 Days on market for high-end sales improved again during 2012. Average days on market were 168. In comparison, year end days on market were 176 in 2011, 187 in 2010, and 236in 2009. LandVest’s markets continue to improve in volume, turnover, and with significant record sales. As always, special properties expertly presented reaching out to a broad market with a strong value proposition are well received by the market. 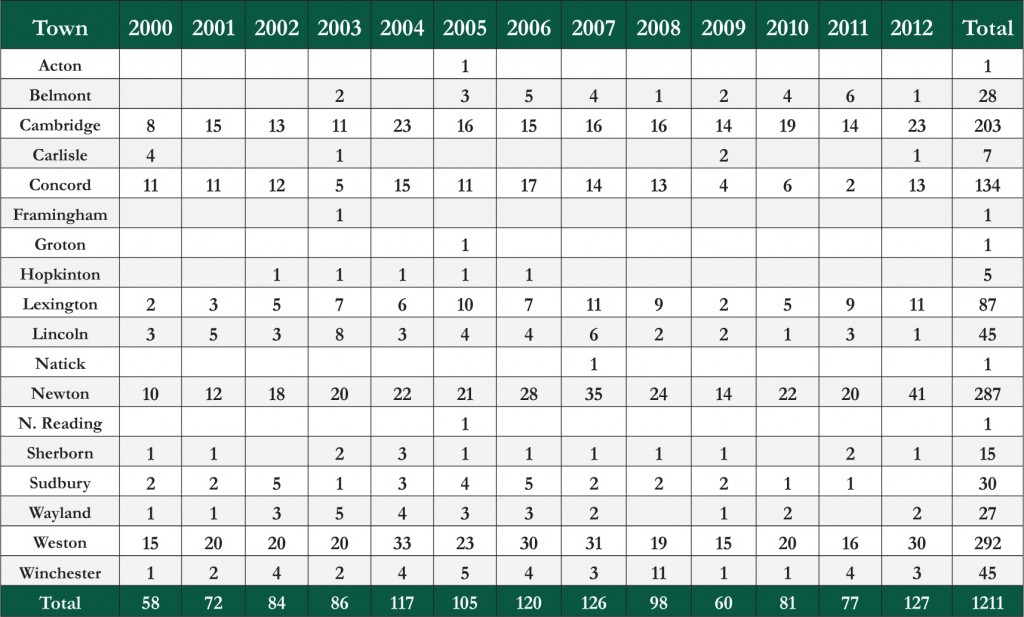