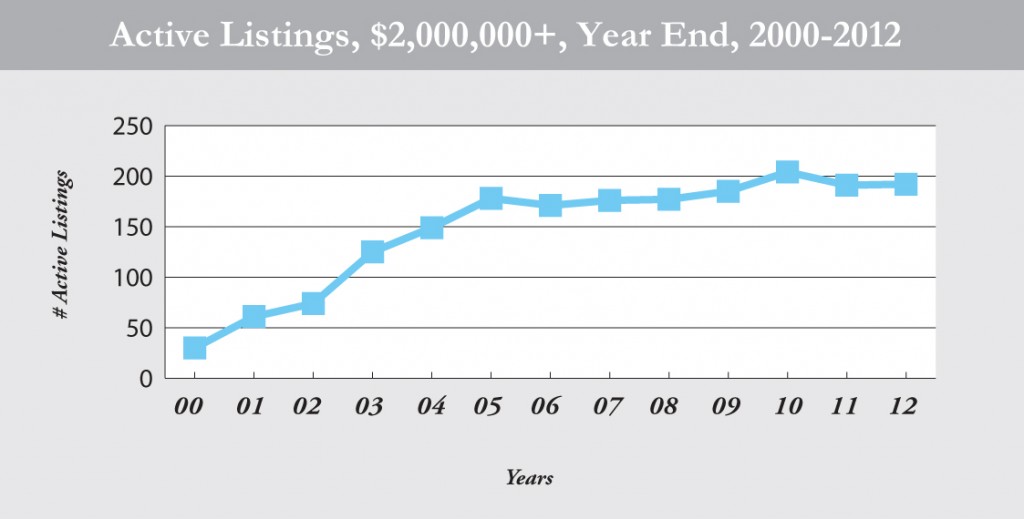 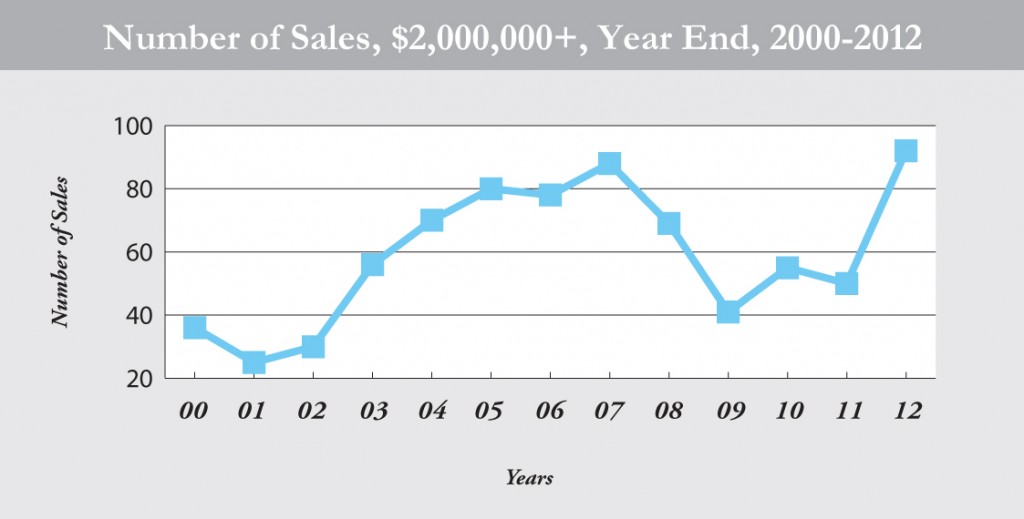 On Cape Cod, Massachusetts, the inventory of high-end listings remains high compared to previous years with 192 listings at year-end compared to 191 in 2011 and 204 in 2010. Typically the listing inventory grows through the first three quarters and then declines in the fourth quarter as sales are closed and properties are taken off the market. This year there were 265 active listings at the end of the second quarter and 257 listings at the end of the third quarter.

For the past few years the Cape Cod market has underperformed compared to the peak years of the real estate bubble, but maintained a level of performance that was stronger than in the years before 2003. Feedback from leading Cape Cod brokers and LandVest’s own recent experience confirms growing interest from prospective buyers in 2012.

Across New England LandVest brokers continued to report an upsurge in activity in our markets and signature sales throughout this year. 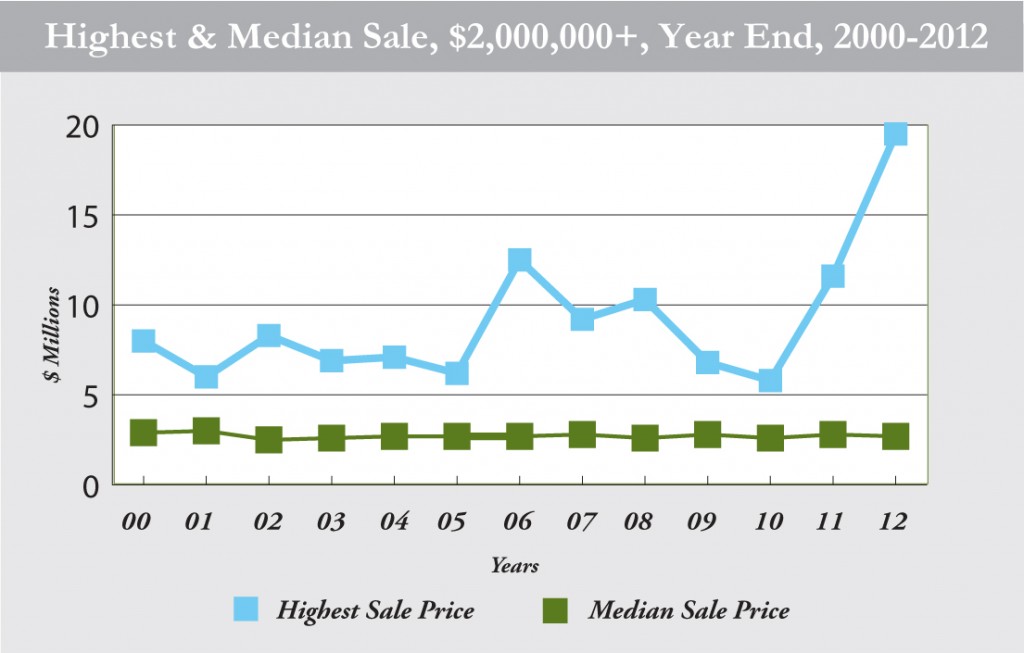 In 2011 the very high-end on Cape Cod came alive with twelve sales above $5 million and this year kept pace with 11 sales. According to MLS the top sale was $19.5 million for the exceptional Mellon property on Indian Trail in the Oyster Harbors neighborhood of Osterville, surpassing the previous Cape Cod record of $12,500,000 set in 2006 for a property on Eel River Road in Osterville. Of the 11 top sales, 7 were in Osterville, 1 in Chatham, 1 in Woods Hole, 1 in Orleans, and 1 in Yarmouth Port. 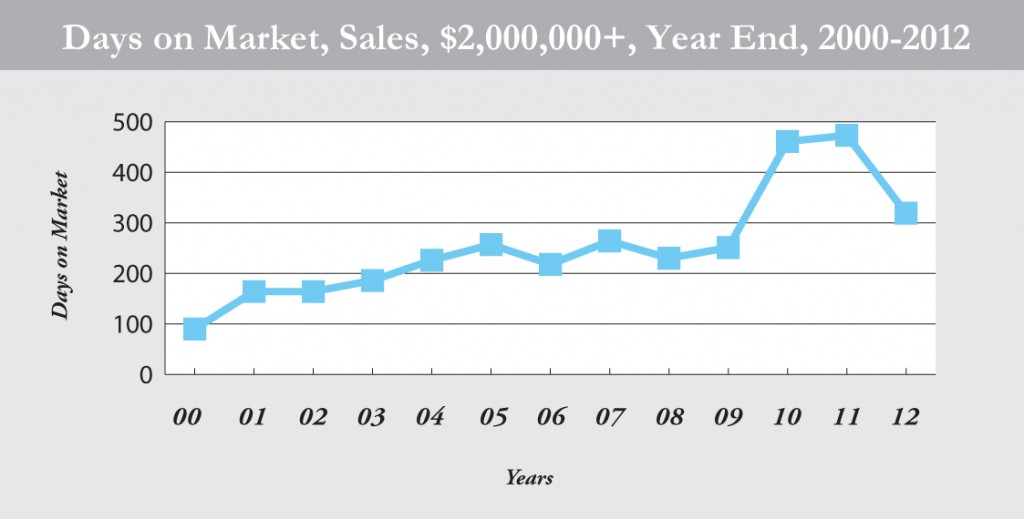 Days on market for high-end properties sold during 2012 decreased substantially to 319 days compared to a record level of 473 days in 2011. For 2000-2011, the average days on market ranged from 90 to 473 days, generally increasing over time with a significant jump in 2010. Hopefully, the decreasing inventory, growing demand, and competitive pricing will result in improving turnover in 2013.