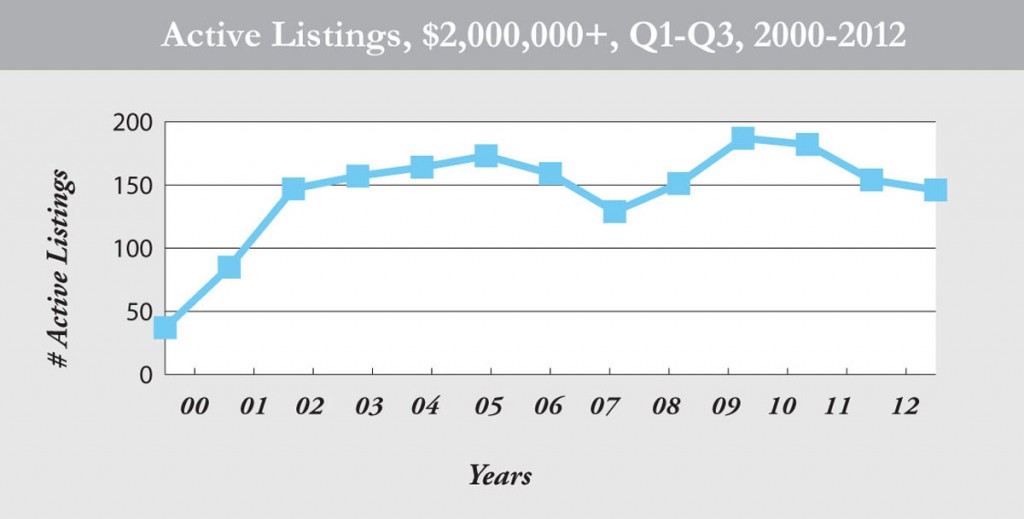 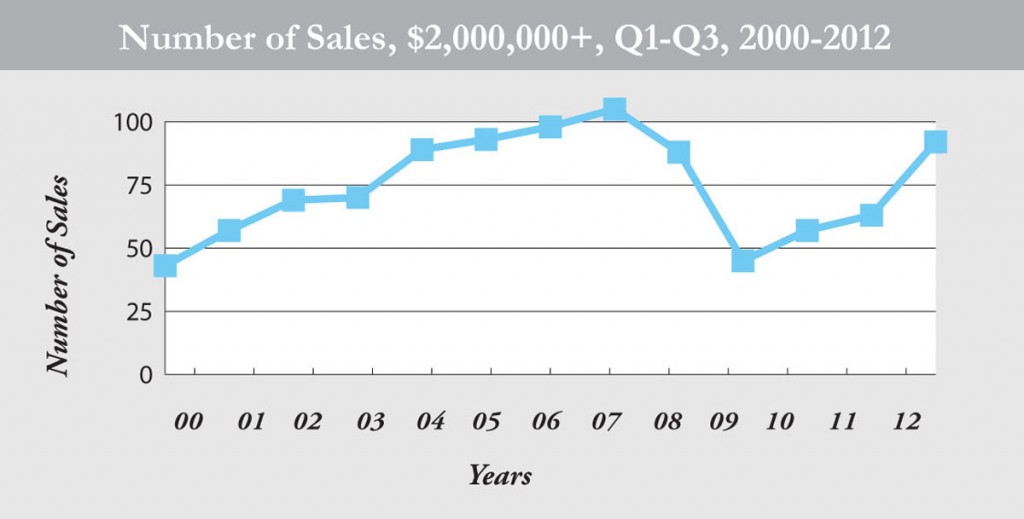 In Middlesex County, Massachusetts, in the first three quarters of 2012 the inventory of high-end listings continued to shrink, slowly but surely, to 146 listings. Last year at the same time there were 154 listings and a record level of 187 at the end of September 2009. The volume of high-end sales through September increased significantly to 92 compared to 63 last year and significantly ahead of the average of 75 sales over the past 12 years. Peak high-end sales for the first three quarters occurred in 2007 with 105 sales. The first quarter of 2012 started off more slowly than 2011 and exploded in the second and third quarters. The second quarter had the best performance since 2004 and the third quarter had the best performance since 2008. It seems that the high-end market in Middlesex County has stabilized at a reasonable level compared to historic levels of inventory and sales. While pent up demand is certainly a factor in this improved performance, sellers are doing their part with more aggressive reductions in prices. 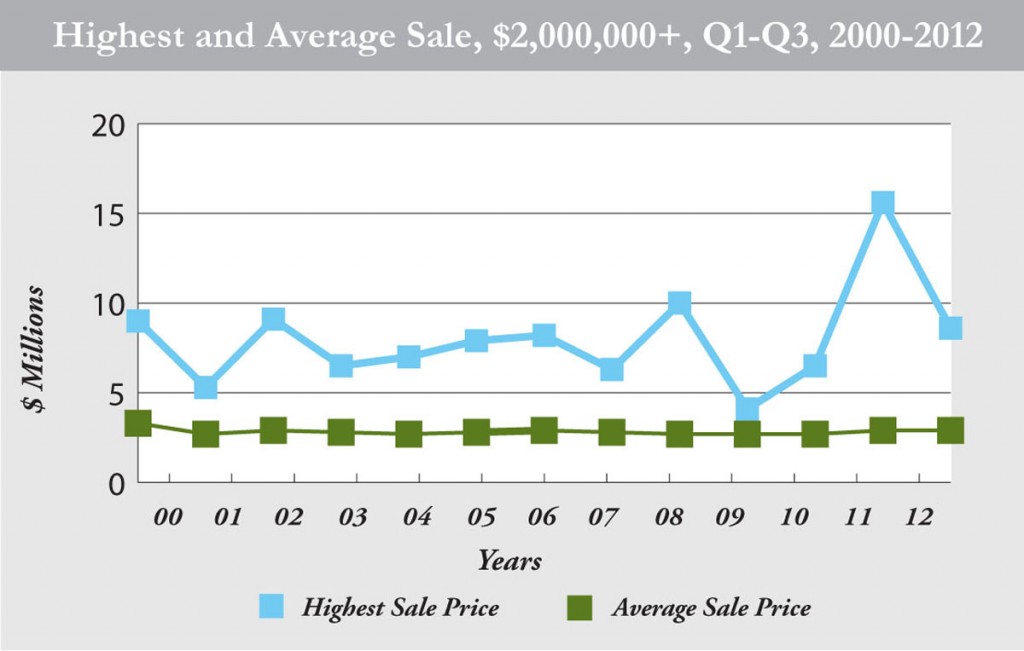 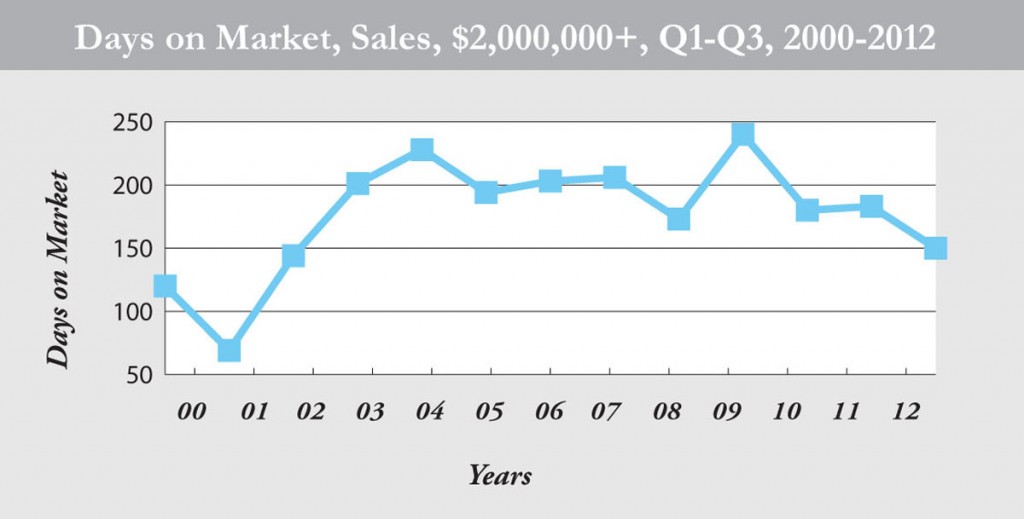 Days on market for high-end sales in the first three quarters have varied considerably over the past 12 years. Average days on market through September of 2012 were 150 vs. 183 in 2011, 180 in 2010 and 240 in 2009. The average days on market for the first three quarters over the period 2000-2012 was 176. Despite the continued uncertainty in the market, special properties expertly presented and well priced are selling, but it can take time, although somewhat quicker than in years past. Buyers continue to demand value and are leery of projects. Land has been mixed with developers being particularly risk averse and finding difficulty with financing. 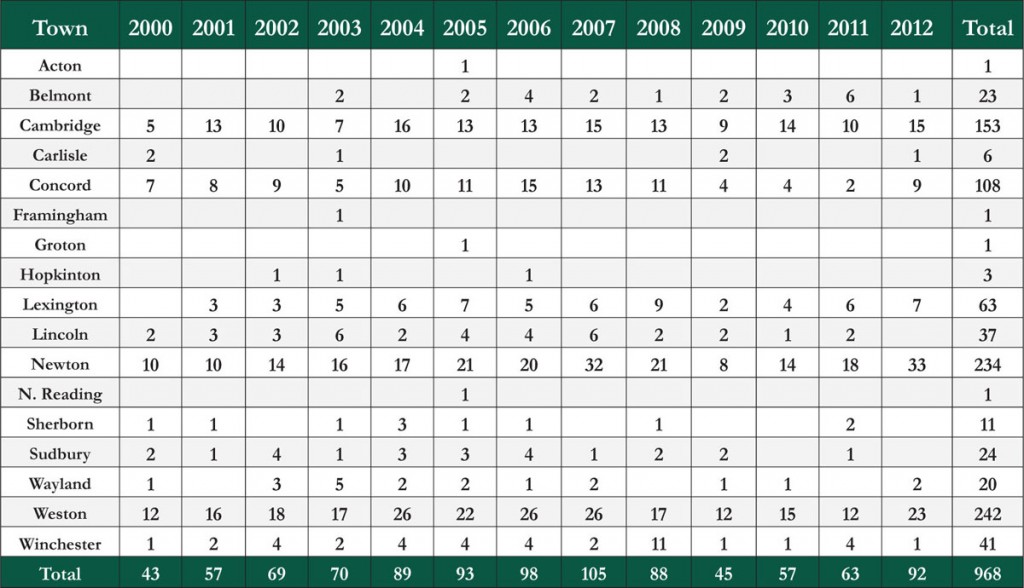 The LandVest High-End Market Watch is a periodic review of select high-end markets in Maine, Massachusetts, New Hamshire, Vermont, and the Adirondacks. Market data is collected from Multiple Listing Services and does not include private listings. LandVest makes no representation as to the accuracy of this data, and therefore is not responsible for any actions taken as a result of use or reliance on this information.