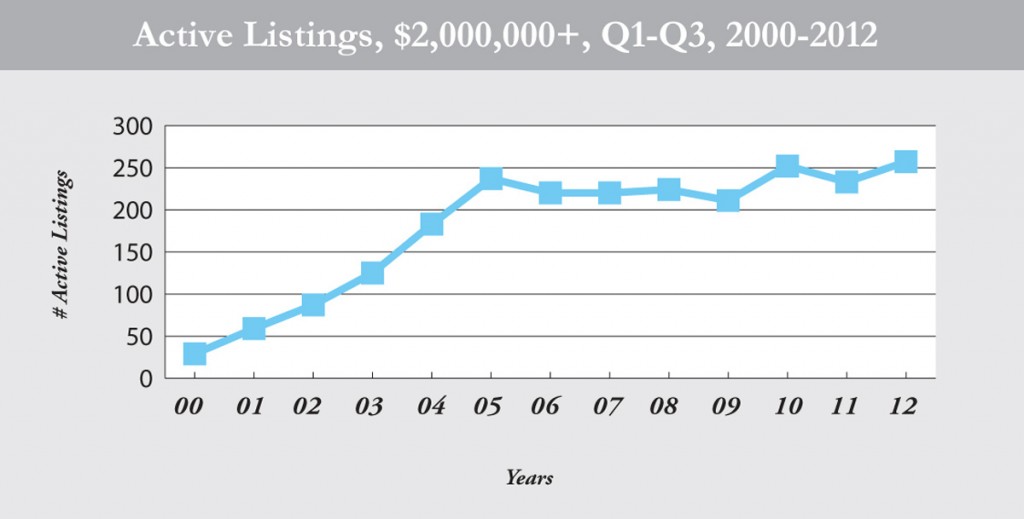 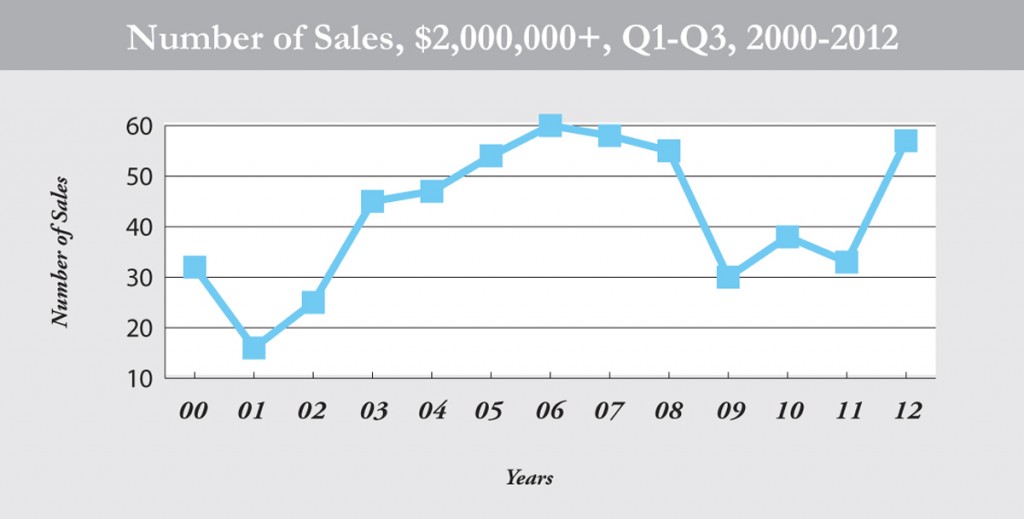 On Cape Cod, Massachusetts, the inventory of high-end listings at the end of the third quarter of 2012 reached historically high levels for this time of year with 257 listings. This is down from 265 listings at the end of the second quarter, but greater than the 233 listings at this time last year. Typically the listing inventory grows through the first two-three quarters and then declines in the fourth quarter as sales are closed and properties are taken off the market. High-end sales increased dramatically to 57 in the first three quarters of 2012 compared to 33 sales at the same time last year. The peak level of sales for this time of year was 60 sales in the first three quarters of 2006. Third quarter performance has been flat for the past four years with 13 sales in the third quarter of 2011, while the third quarter of 2012 had 30 sales. Most (35 of 57 sales, 61%) of this activity is in the $2-3,000,000 price range. The very high-end inventory also grew with 38 listings at $5,000,000+ compared to 29 in 2011 and 11 listings over $10 million compared to 8 in 2011. Sales at this highest level continue to lag with 7 sales at $5,000,000+ compared to 6 sales last year and 0 sales at $10,000,000+ compared to 1 last year. The resurgence of the $2-3,000,000 market on Cape Cod is paralleled by similar improvements in these markets in the Boston suburbs. At the highest end the luxury condo market in Boston is particularly hot. Across New England LandVest brokers continued to report an upsurge in activity in our markets and sporadic signature sales throughout the summer and early fall. 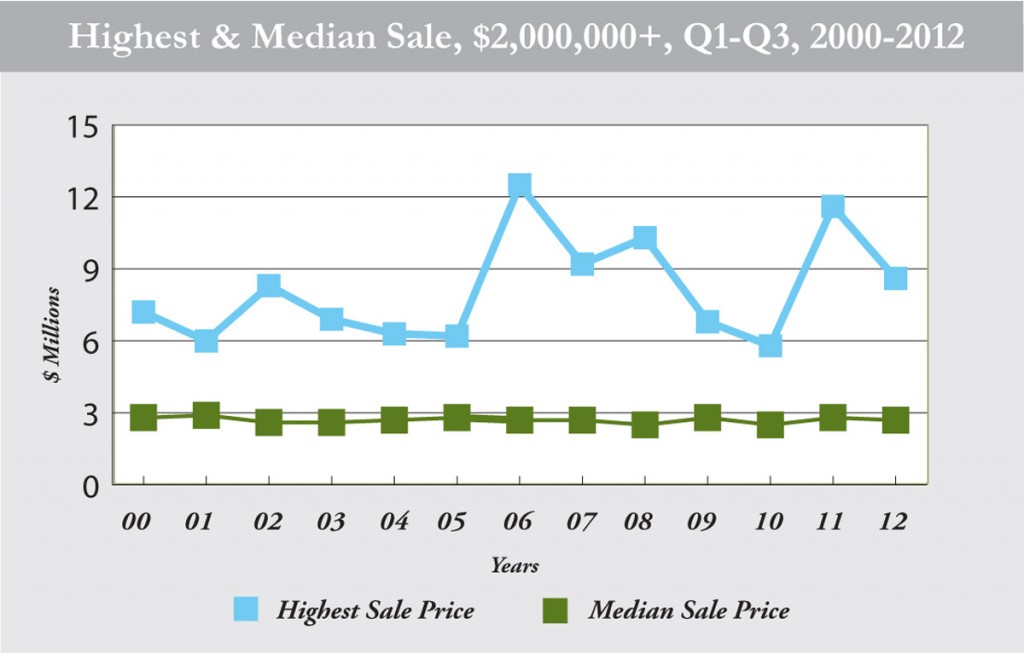 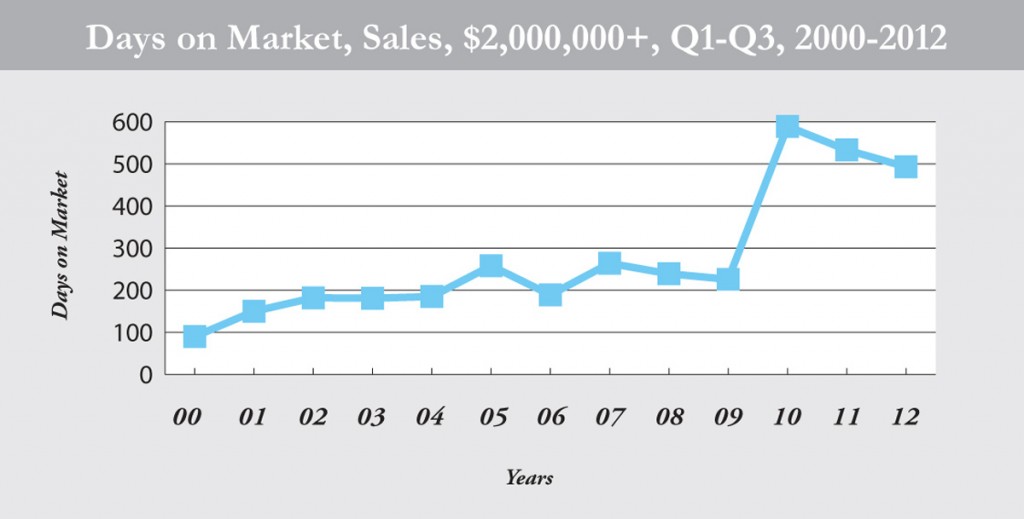 Average days on market for high-end properties sold during the first three quarters of 2012 decreased dramatically to 345 days compared to 493 days in the first half of the year and compared to 559 days at the same time last year. For 2000-2012, the average days on market for sales in the first three quarters of the year ranged from 99 to 559 days, generally increasing over time with a significant jump in 2010.

The LandVest High-End Market Watch is a periodic review of select high-end markets in Maine, Massachusetts, New Hamshire, Vermont, and the Adirondacks. Market data is collected from Multiple Listing Services and does not include private listings. LandVest makes no representation as to the accuracy of this data, and therefore is not responsible for any actions taken as a result of use or reliance on this information.

For additional information about the Cape Cod, MA Real Estate Market, or if you are interested in buying or selling real estate on Cape Cod, contact Stewart Young, syoung@landvest.com.