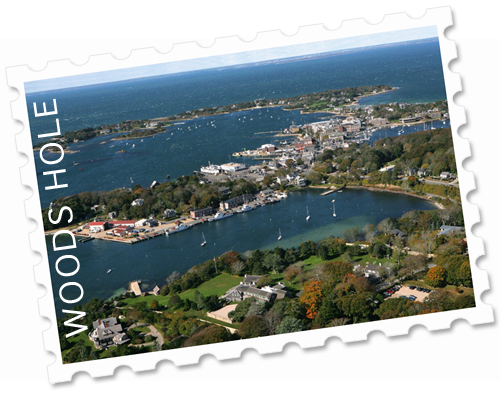 “A Postage Stamp Village Postmarked Around the World”

…so says the Woods Hole Business Association reflecting the small size of this seaside village in the town of Falmouth, Massachusetts, but also acknowledging the international population of marine scientists and the global influence of their research. The Association continues to describe Woods Hole as “… a salty, sea spray village that brings Nobel Laureate and the local fisherman together in harmony. It is a village of the past, with many seafaring tales, and it is a village of the future. In the summer, Woods Hole bustles with visitors, shoppers, scientists, residents, and passengers waiting for the next ferry to the island of Martha’s Vineyard. It is a strolling village, easily reached in the summer aboard the “WHOOSH” trolley or by the “Shining Sea Bikepath”. As you amble about the village, you’ll discover many great eating places, unique shops, galleries, museums, educational institutions and attractions, beautiful gardens and scenic vistas”.

Traditionally important fishing grounds for the Wampanoag people, Woods Hole was discovered by the English explorer, Bartholomew Gosnold, in 1602. By the early 1800s, Woods Hole had become an important whaling port. By the end of that century, as the whaling industry faded, Woods Hole became home to a leading fertilizer company, the Pacific Guano Works, located on Long Neck, which has now become the exclusive summer enclave of Penzance Point. The fertilizer industry evolved from importing South American guano to processing chemicals from around the world. The need to transport hundreds of tons of product enabled the construction of a railroad from Boston to Woods Hole. As a result of this railroad line the towns south of Boston and on Cape Cod experienced a rapid period of development.

By the late 1800s, the fertilizer business closed and Penzance Point began its transformation into one of the top summer destinations on the East Coast. At about the same time, the federal government realized that scientific research was needed to protect and promote the fishing stocks and the markets that depended on them. In 1871, the U.S. Commission of Fish and Fisheries was established in Woods Hole and was quickly followed in 1889 by the Marine Biological Laboratory, a spawning ground for more than 50 Nobel Laureates, and in 1930 the Woods Hole Oceanographic Institution, a world leader in ocean science and exploration including the discovery of the Titanic. Other famous organizations include the Woods Hole Research Center, a leader in environmental research, and SEA, the Sea Education Association, providing undergraduate ocean education on tall ships operating on the east and west coasts.

The coming of the railroad from Boston and development of Penzance Point were quickly followed by other summer enclaves. New Shingle-Style “cottages” were built along Church Street out to Nobska Point and along Buzzards Bay up to Gansett Point and Quissett Harbor. 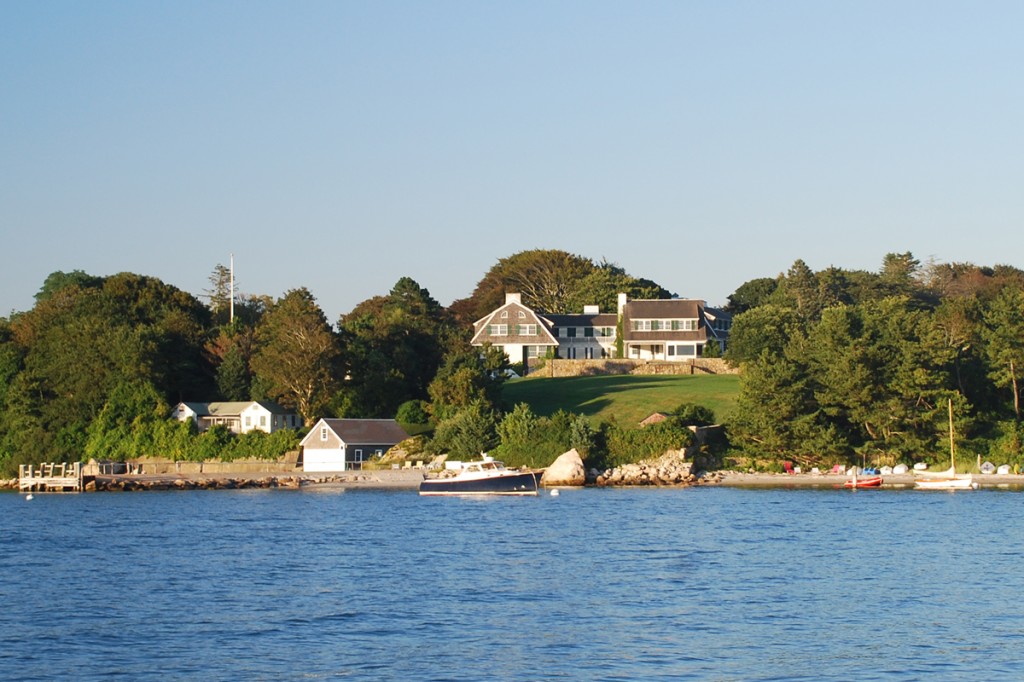 LandVest frequently lists significant properties in the Woods Hole area. Fairview is a magnificent waterfront property that provides a unique setting for a family compound. Surrounded by elegant stone walls, the property is a private oasis in a park-like setting of flowering shrubs, mature beech trees, and formal gardens. The elevated site consists of 7.5± acres with 890± feet of frontage on Little Harbor and spectacular views of Vineyard Sound and the Elizabeth Islands. 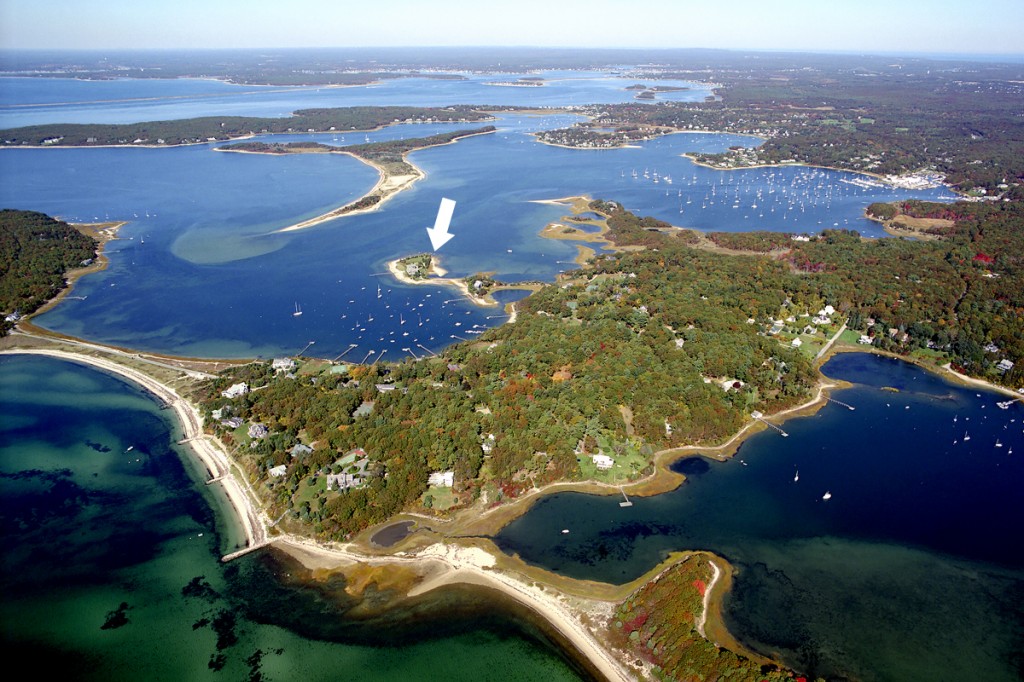 Up the coast in Cataumet, LandVest is listing Rocky Island, a 2.8± acre private island connected to the mainland by a wooden bridge, providing a setting with the privacy of a true island and the ease and accessibility of a mainland property.

This post was brought to you by Stewart Young (syoung@landvest.com). Whether it’s an elegant Greek Revival in Lincoln, a 130 acre farm in Medfield, or a waterfront compound on Cape Cod, Stewart advises buyers and sellers of some of the most distinctive properties in Massachusetts with a focus the Metro West area of Boston and Cape Cod.