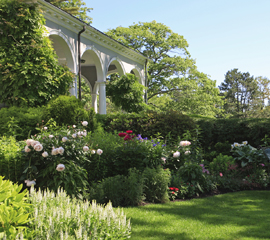 is a majestic and private waterfront compound situated in the coveted neighborhood of Falmouth Foreside, Maine. 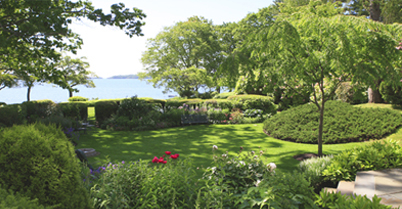 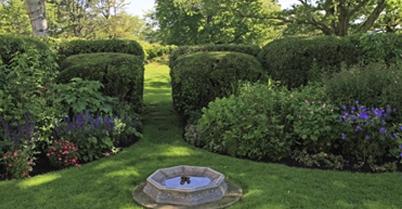 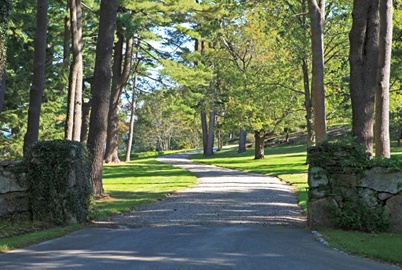 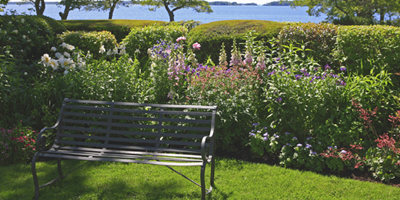 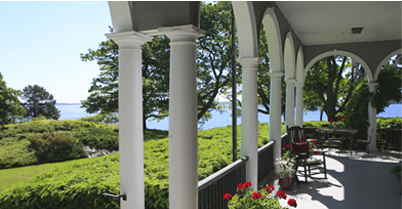 Charles H. Payson came to the Heron House with his family at Menikoe Point in 1920 and hired his niece Ellen Louise Payson, considered a pioneer of America landscape architecture and design, to create the early gardens.  At this time, landscape design (1890-1945) was heavily influenced by women, including the acclaimed botanist Annie Oakes Huntington (trained at the Arnold Arboretum), Beatrix Jones Farrand, designer of select Rockefeller gardens, Dunbarton Oaks and Mount Desert Island, Agnes Selkirk Clark, Ellen Louise Payson and others.

It was Louise Payson who designed the stone pillar entry to Heron House, expansive tree plantings and at least two formal gardens at Menikoe Point. It is believed the European Linden trees were planted by and earlier owner, John Marshal Brown, c1901, after consultation with the Olmsted Brothers. The formal garden rooms positioned near the residence reflect existing plans from 1920. Stands of white, Japanese and Austrian pine, as well as native oak, rhododendron, creeping juniper, and azaleas create a private park for generations past and present. The mature grounds of today, the result of carefully selected and positioned plantings, is no accident of nature.

Margaret Payson, Charles Payson’s daughter, lived here from 1920 until her death in 1985 and during her sixty-five years at Menikoe Point, Louise’s landscape design and garden plantings would mature and flourish.
Margaret’s detailed stewardship and loving legacy continues today with a renewed appreciation, by the current owners of Menikoe Point, a gift of magical proportions in the hurried pace of the twenty-first century.

The Menikoe Point neighborhood is four miles from Portland, eight miles to the Portland International Jetport, and 115 miles to Boston. Proximity to the Portland Country Club, the Portland Yacht Club, the cultural, business and transportation amenities of Portland enhances the quality of life on this exceptional property.

For further information, or to visit this property, please contact William Davisson in the LandVest Portland office, 207-228-0170 or at wdavisson@landvest.com.

Fun fact: One of the best beaches in the United States is on Boston’s North Shore. Even better?…

Read More
May 10
Back to Top